As we’re evacuating Charleston in preparation for Hurricane Matthew (crazy!), I thought I would take a look back at a beautiful, sunny and perfect weekend!
It was our annual Clemson lake weekend with our crew we’ve been going with for the past five years. This year though was pretty special, the planner of this weekend, my bestie Sam, got out-planned and proposed to on Friday! Oh and how can I also not mention that big Tiger win?! So great. 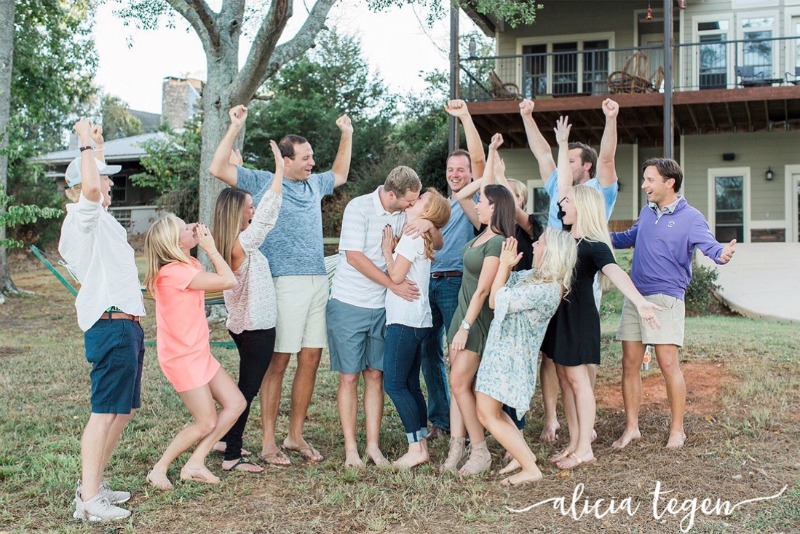 Photo cred: Alicia Tegen
There was a lot of prep and planning leading up to the proposal and I have to give MAJOR kudos to her now fiancé, Mr. Jake Parks, who well, knocked it out of the park. In fact, there’s just so much goodness that I’m going to do a separate post on the engagement and party afterwards. For now, let me back up and give you a true weekend recap from start to finish!
And that start my friends begins with the fact that WE CLOSED ON OUR HOUSE on Thursday night!!!! Finally! If you’ve been following along on Instagram, you know we’ve had delayed closing after delayed closing due to the silliest things like shower doors not being installed. After a lot of hard work on everyone’s part, looking at you Krystine, we finally went to the attorney’s office to sign our life away and pick up the keys to our new house in Charleston (Mount Pleasant to be exact)! 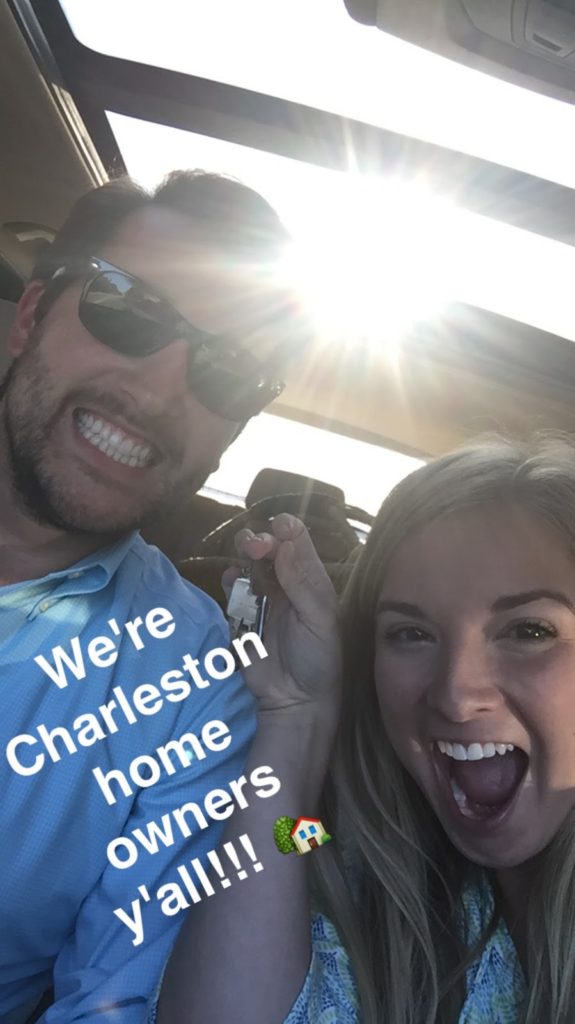 We didn’t even get a chance to run by the house though before we hit the road to Clemson for the weekend (last night was the first time we stepped through the door as homeowners, ha!). We arrived really late to our lake house, put Sully down and then caught up with all our friends who had already arrived. It was bliss! And can we talk about how awesome this lake house was… 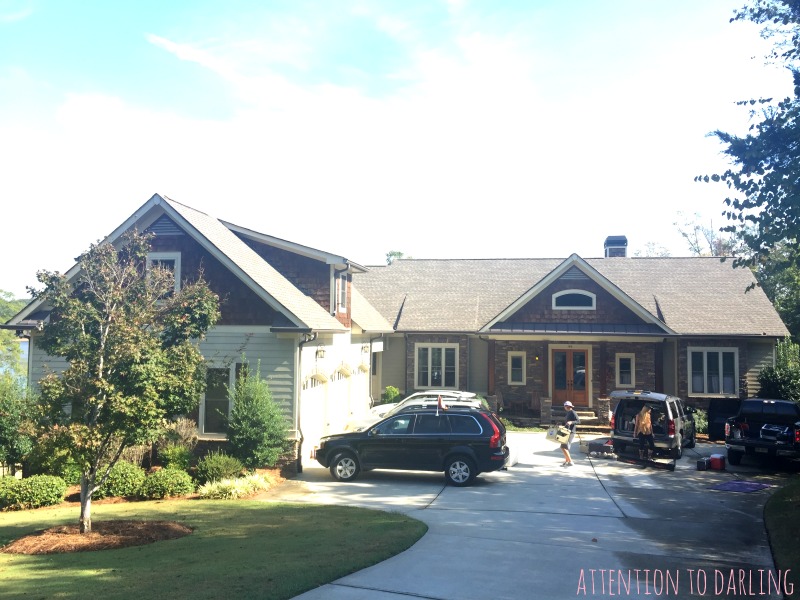 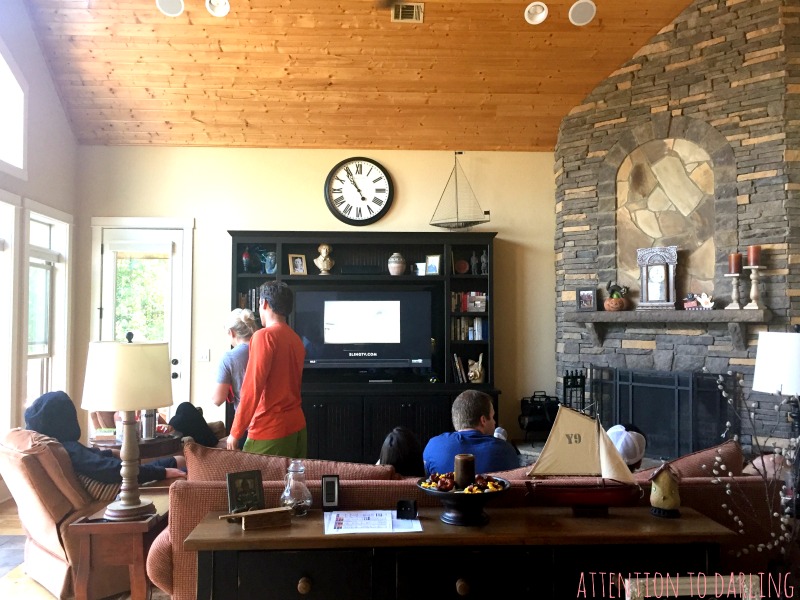 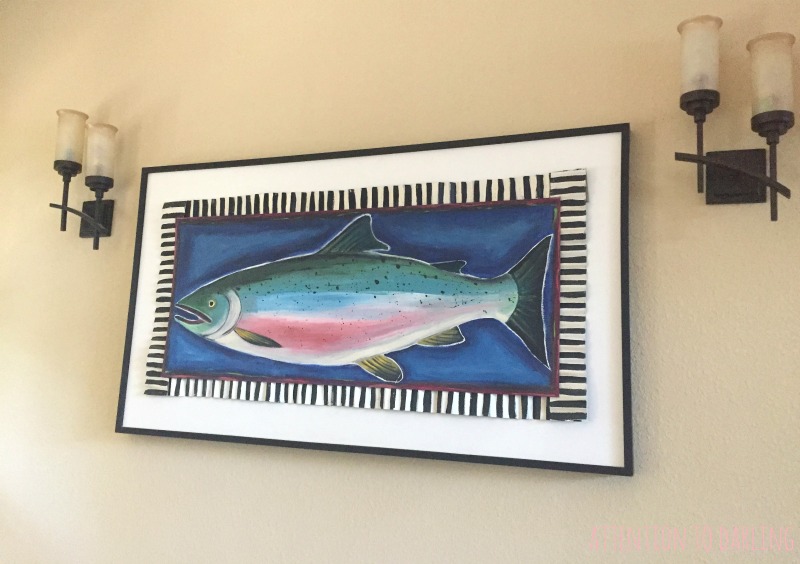 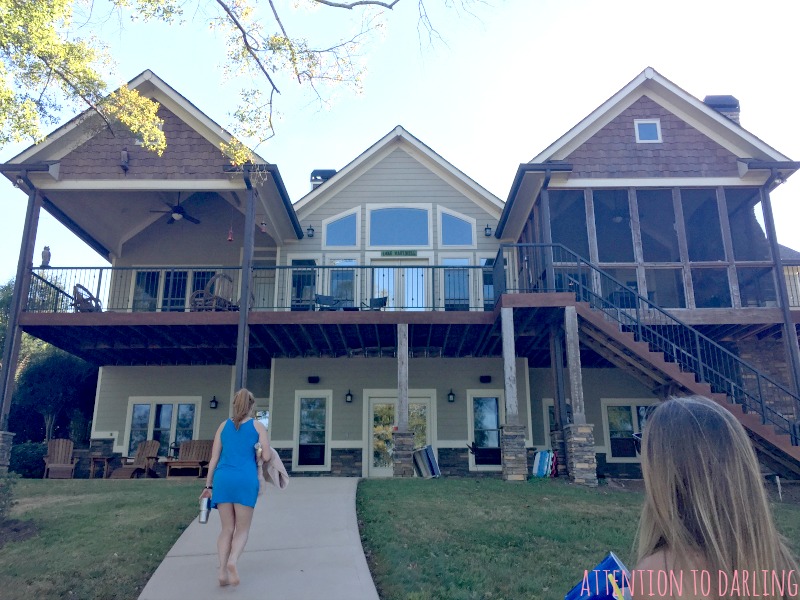 Friday morning came very fast and I headed into Clemson to meet my Mom so Sully could go spend the weekend with my family. We couldn’t help but snap some pics of Sully at her Mom and Nonna’s alma mater, plus GameDay was getting set up which was really cool. 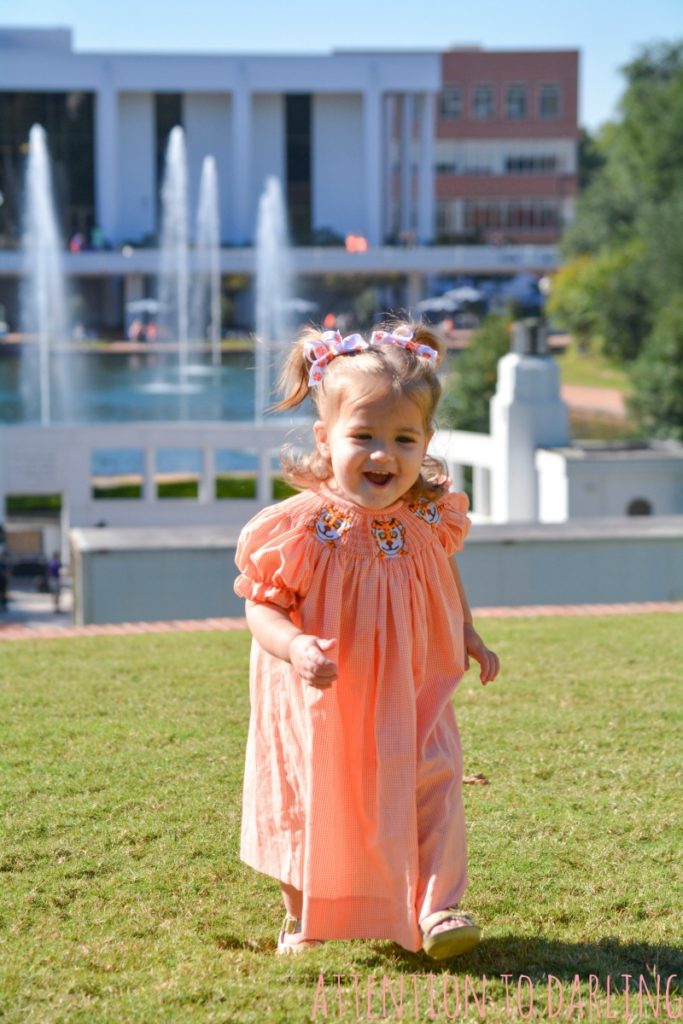 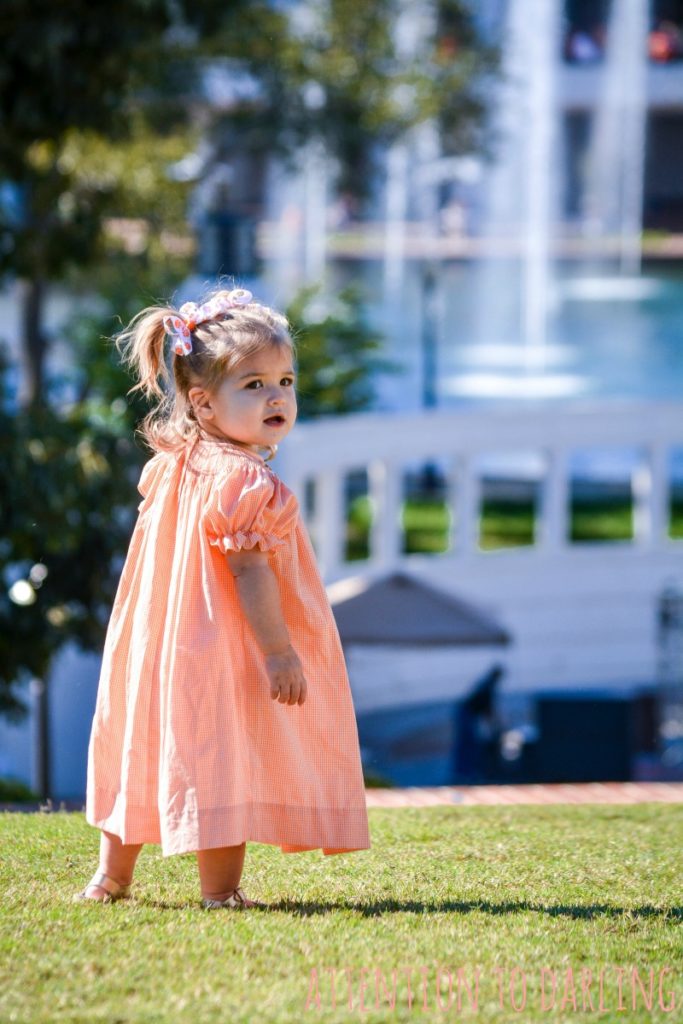 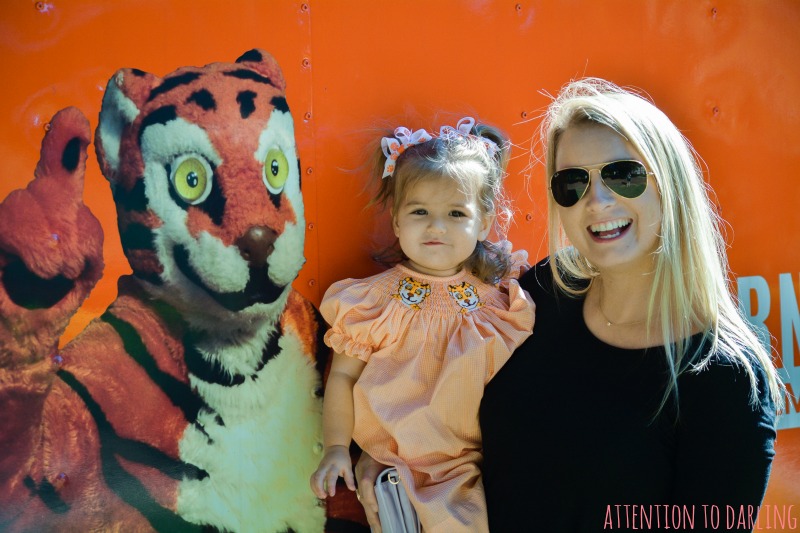 All photos above taken by my dear mother! 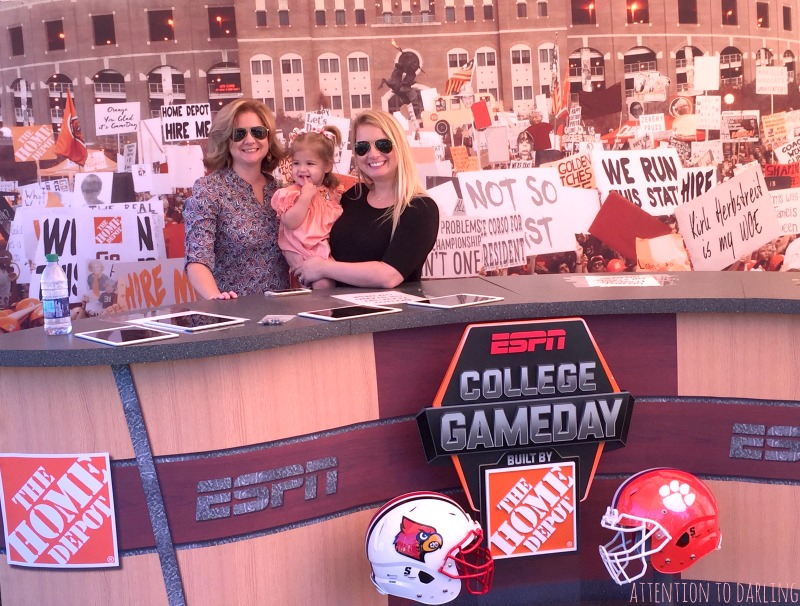 My Outfit: Dress (similar for Fall); Ray Bans
Then it was girl time on the lake while the boys played golf before “getting ready for dinner” at the house. 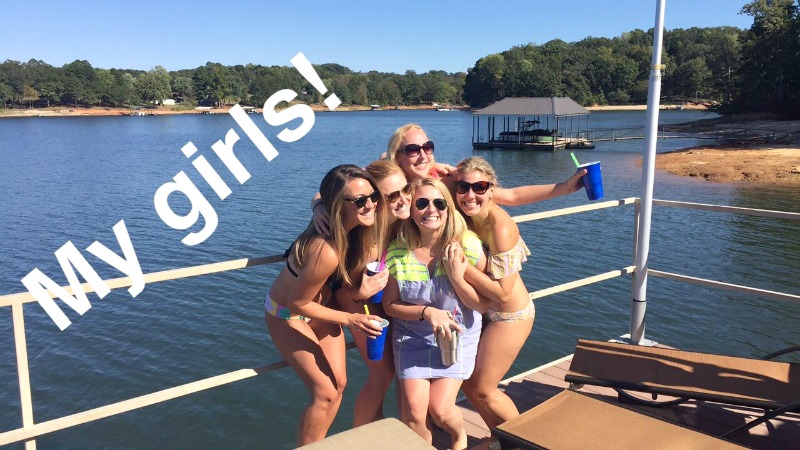 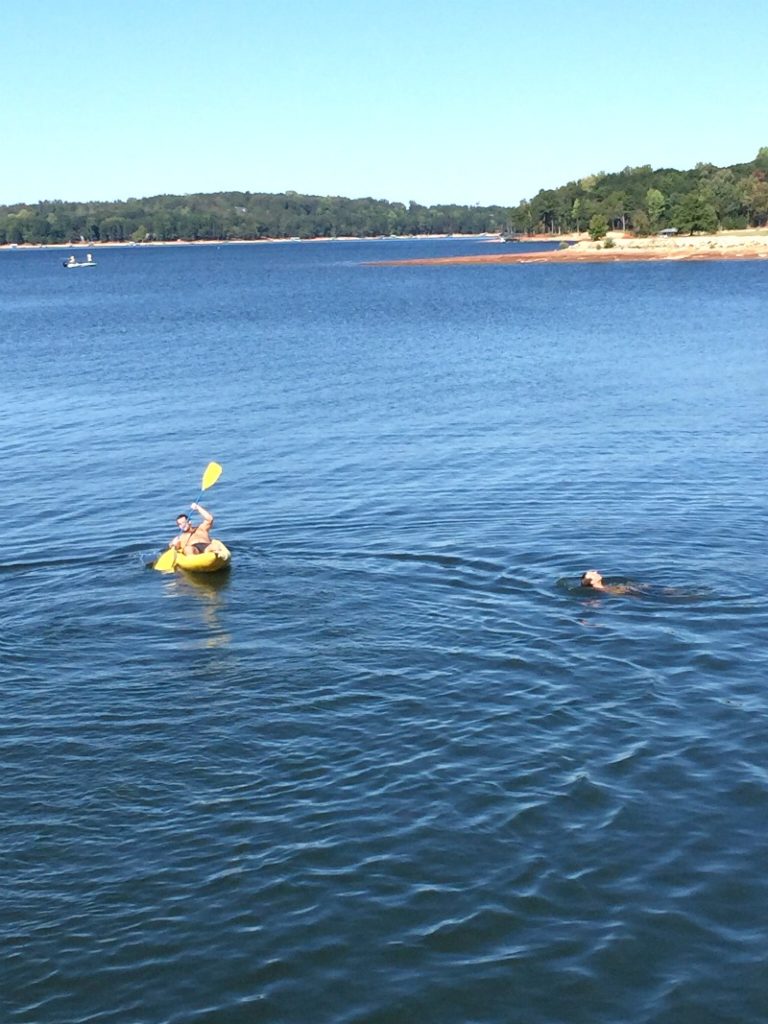 You know what happened next… the proposal! Here’s a sneak peek at more photos from Alicia Tegen that I’m going to share in a later post. 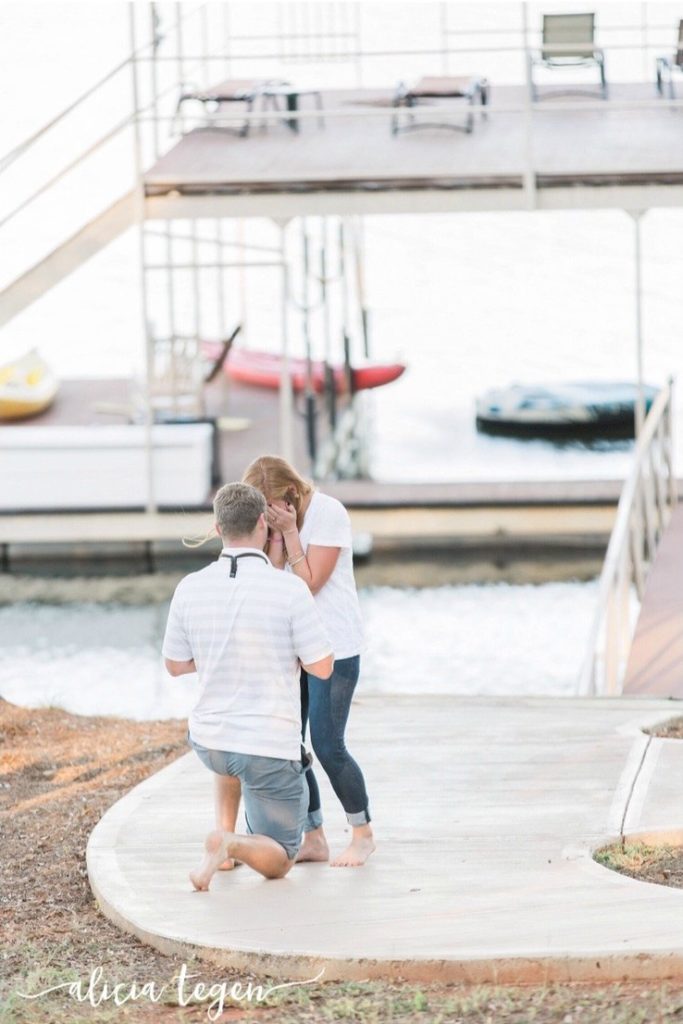 Photo cred: Alicia Tegen
Saturday rolled around and off to tailgate and cheer on our Tigers we went! The game wasn’t until 8pm so it was a long (in a good way!) and awesome day of hanging with our friends. To say the game was stressful is an understatement, but we pulled out a big W in the end against Louisville putting the best end cap on our already great weekend! 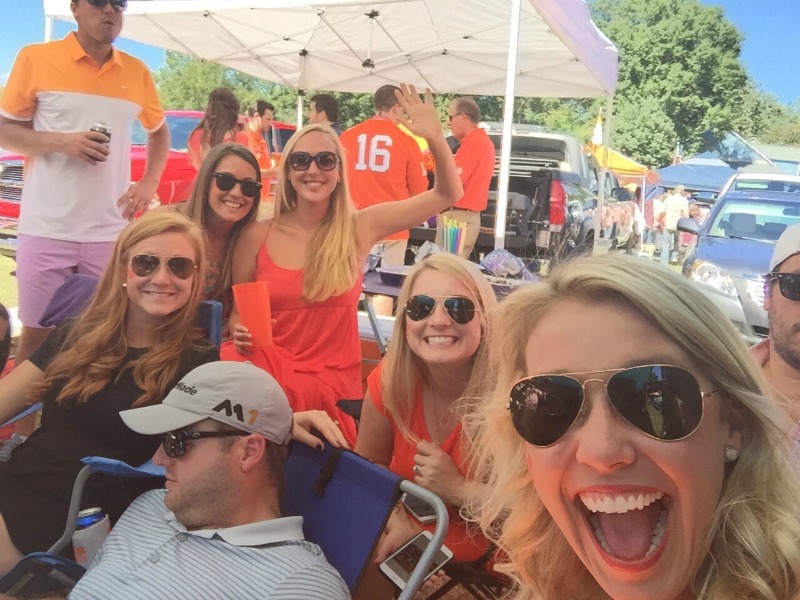 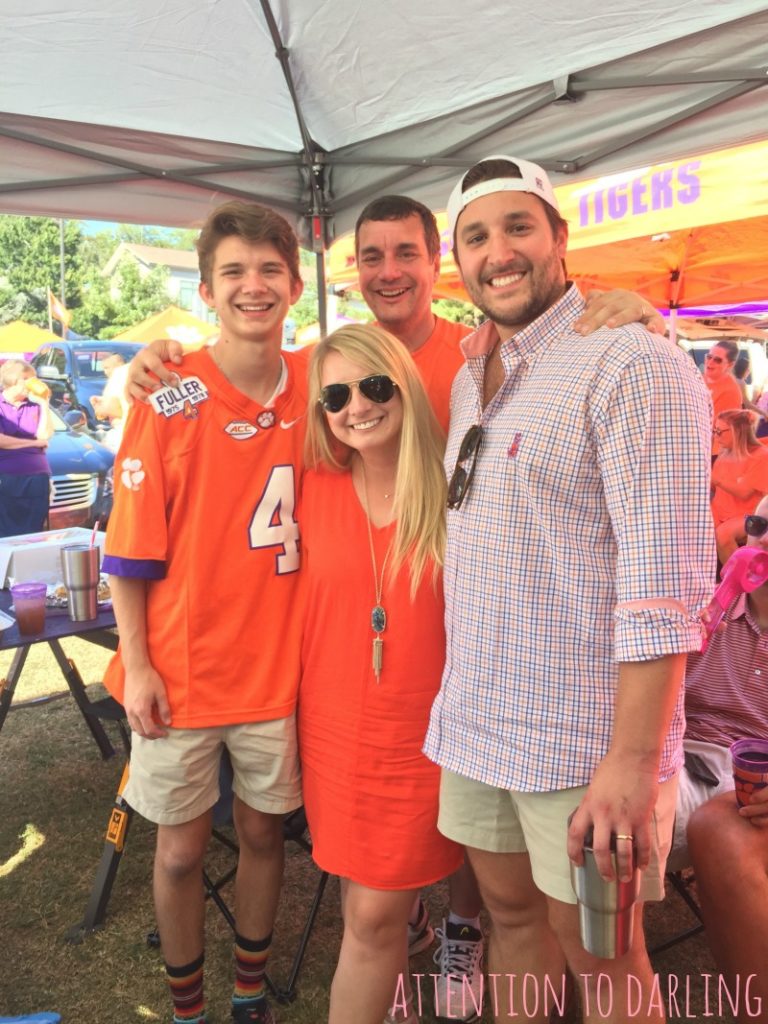 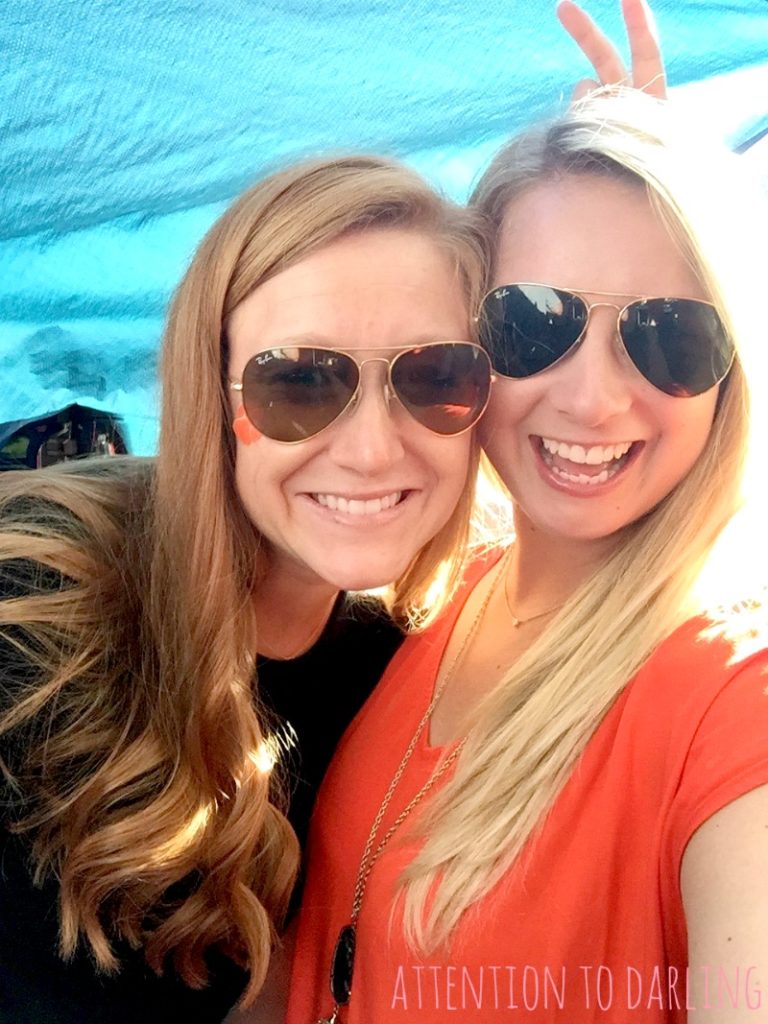 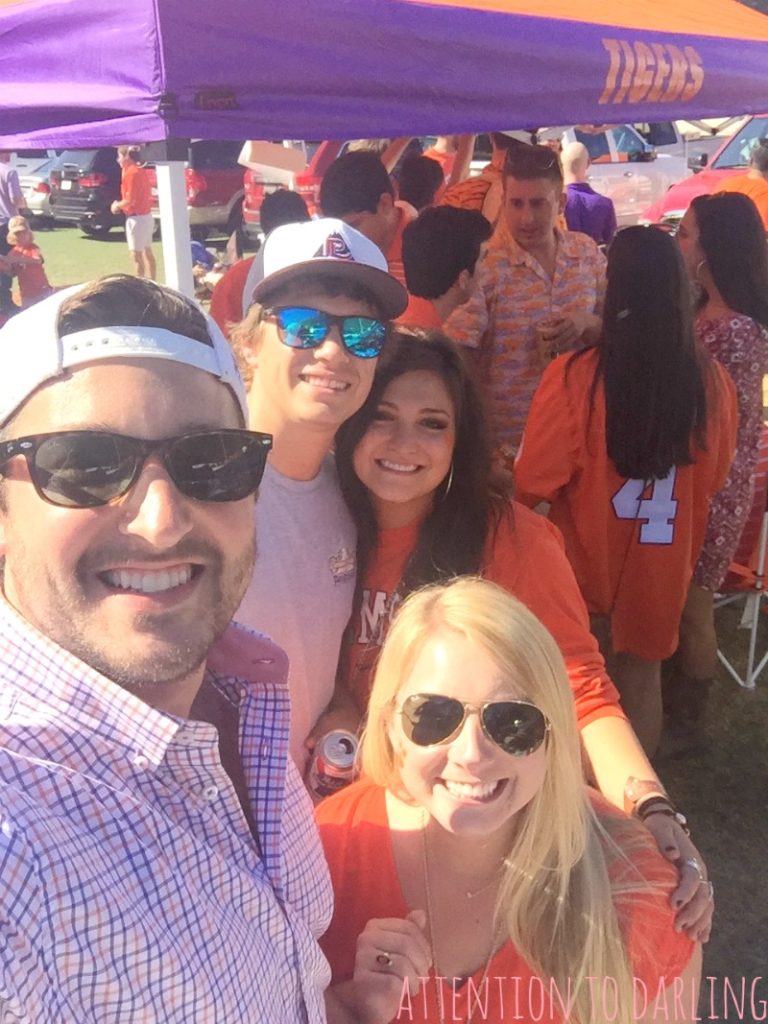 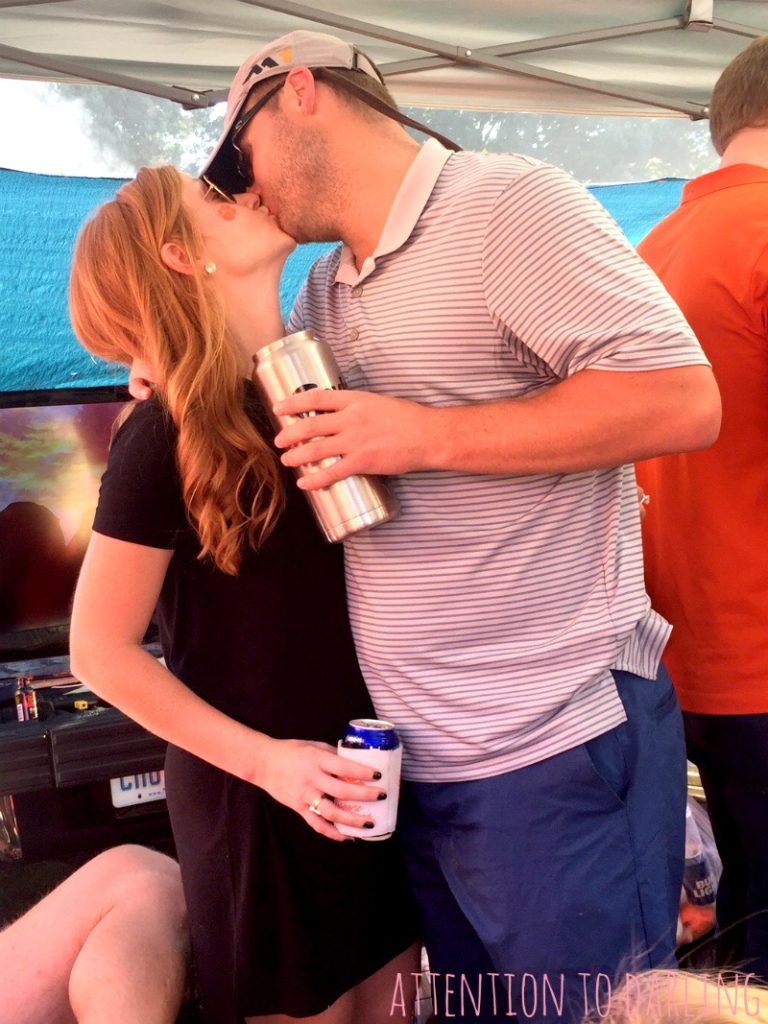 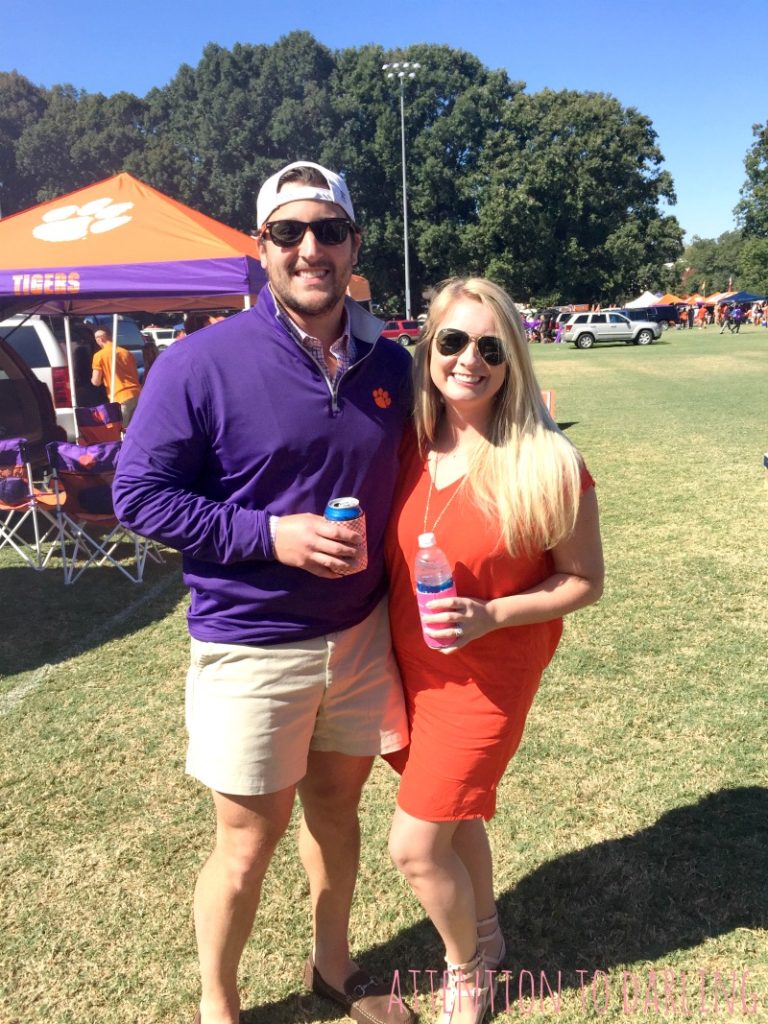 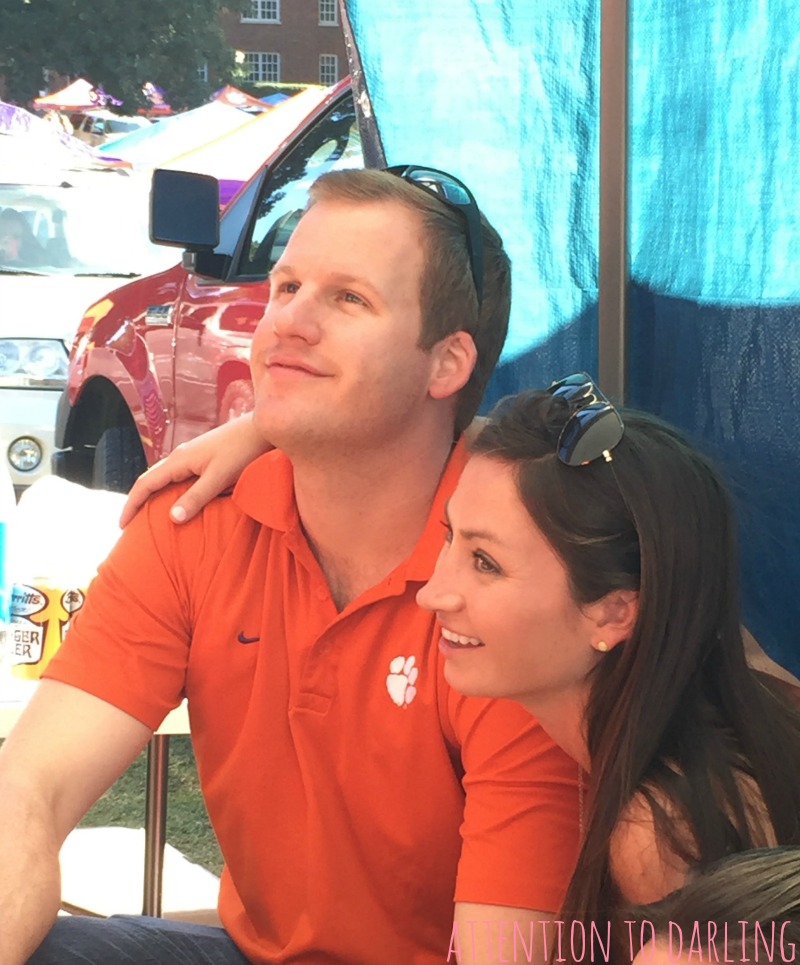 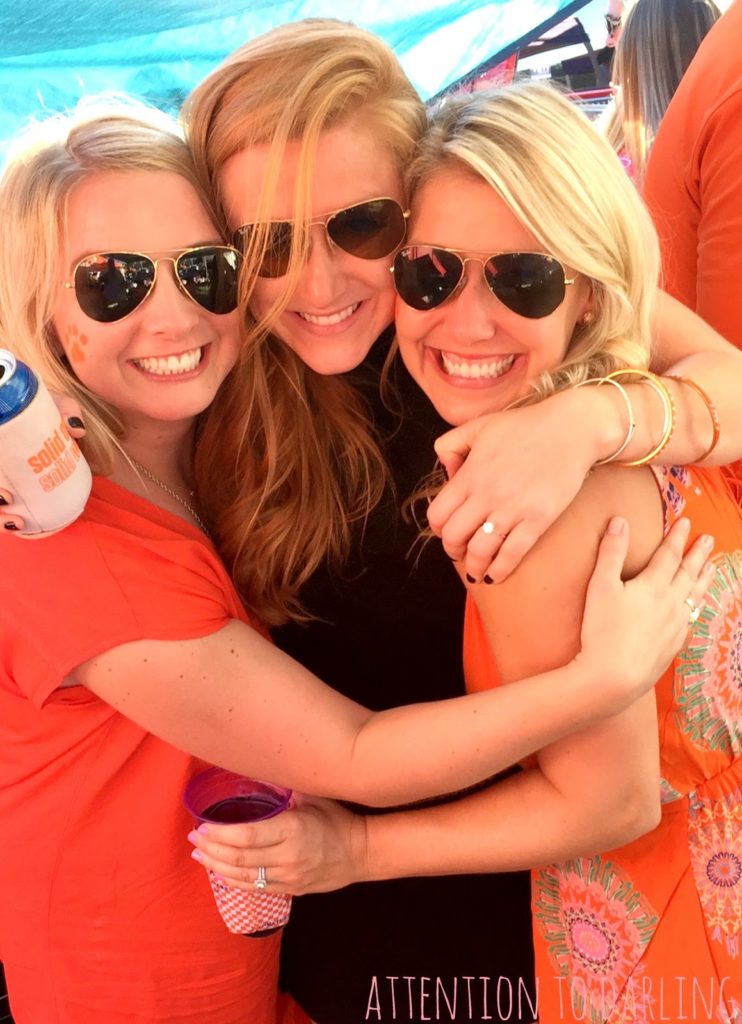 On Sunday, we packed up and said our goodbyes before hitting the road to Greenville to celebrate my Dad’s birthday (which was yesterday – Happy Birthday Dad!!!) and pick up our Sully girl. 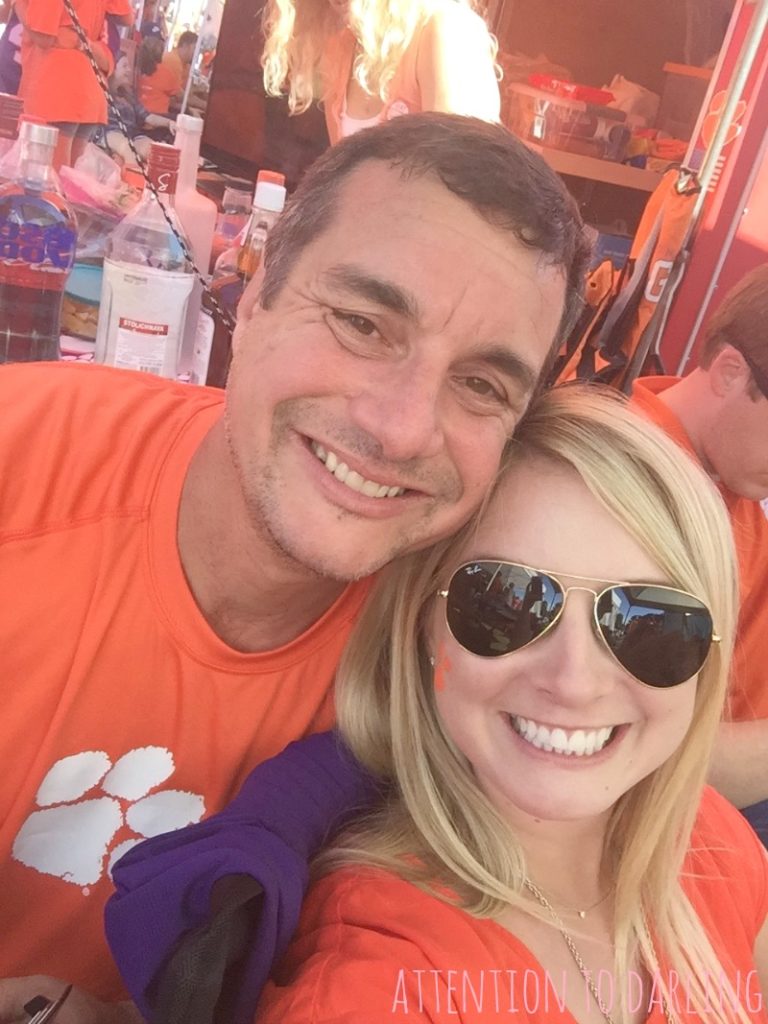 We also got to see my Nana and Papa which is always a treat! Aren’t they the cutest?! 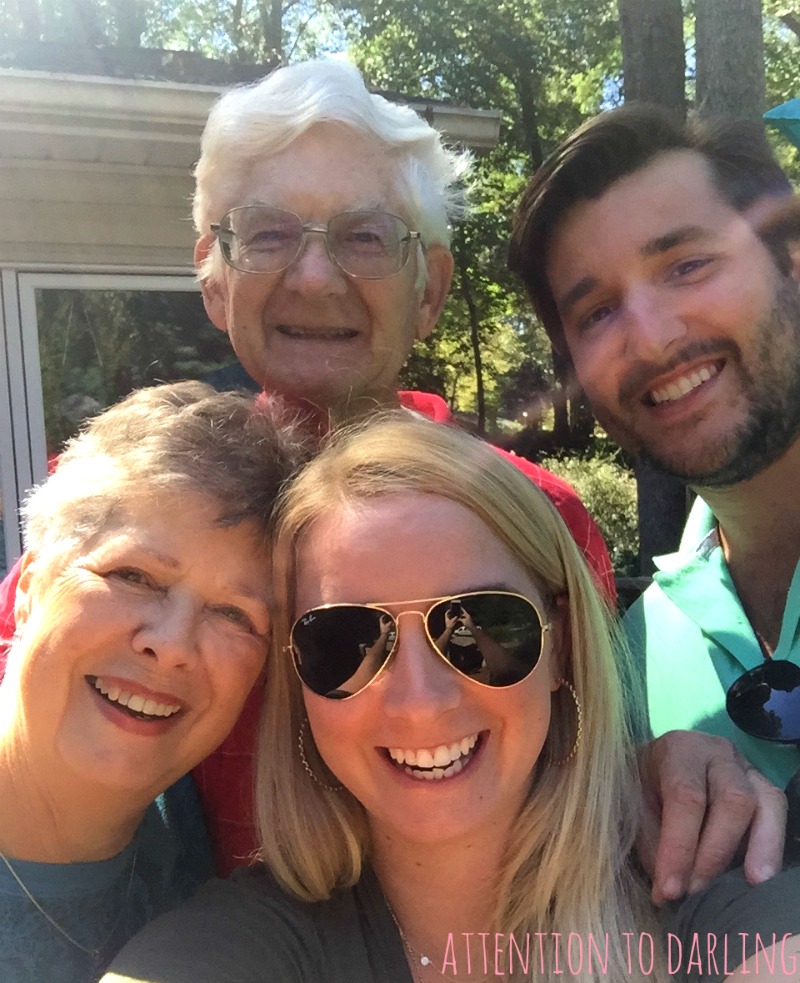 And here’s what I love saying still… then we headed home, as in to Charleston! I really still can’t believe we live in Charleston you guys haha! I think it’s going to take a while to fully recover from all the excitement (and late nights), but it was such a great long weekend!