When Ryan and I finally whittled down our (very long) list of all the places we would like to go for our five year anniversary trip, it became pretty clear that the Amalfi Coast was at the top. Yet once the keyboard got to clickin’ we realized it was actually pretty hard to even get to in the first place. 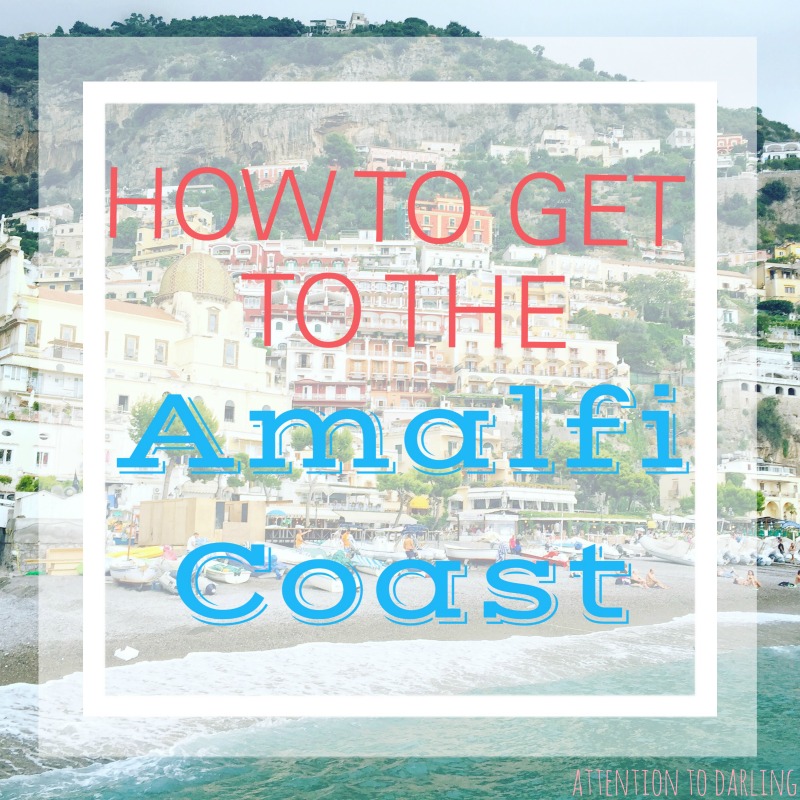 What we did find out is that Rome is close enough to the Amalfi Coast and (from DC at least) flights were a bargain. So we bought the tickets and decided we’d figure the rest out later. 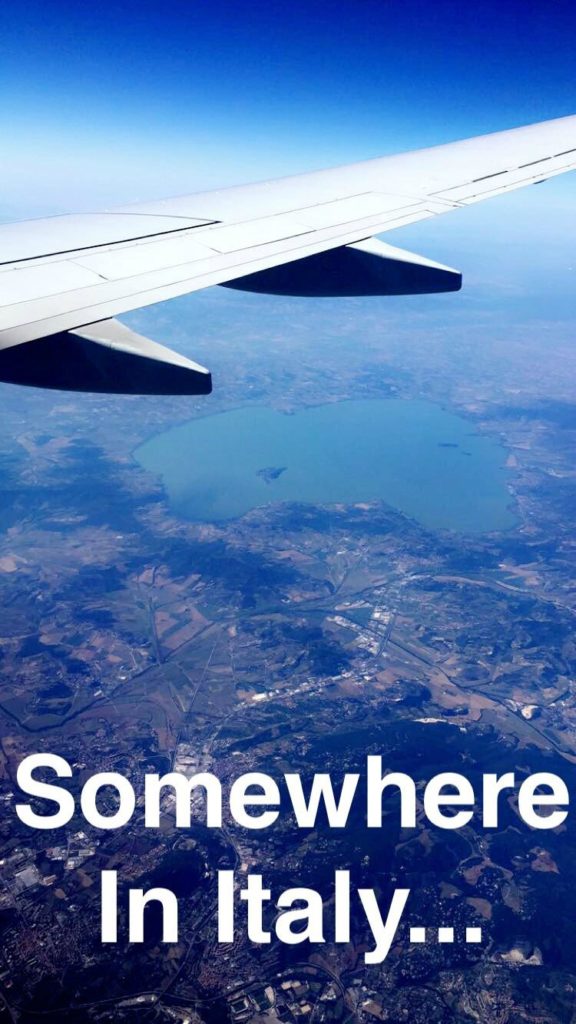 In the meantime, I had made the executive decision that out of all the cities on the Amalfi Coast (Positano, Ravello, Sorrento, Amalfi, etc.), we were going to stay in Positano. Why? Well, the pictures of it on Google were freaking amazing for one 🙂 and the rich and famous are fans, but overall it really seemed to exude the vibe we were going for – laid back, walkable, smaller than the huge European cities, a good beach, good food and plenty of excursion options if we got bored. 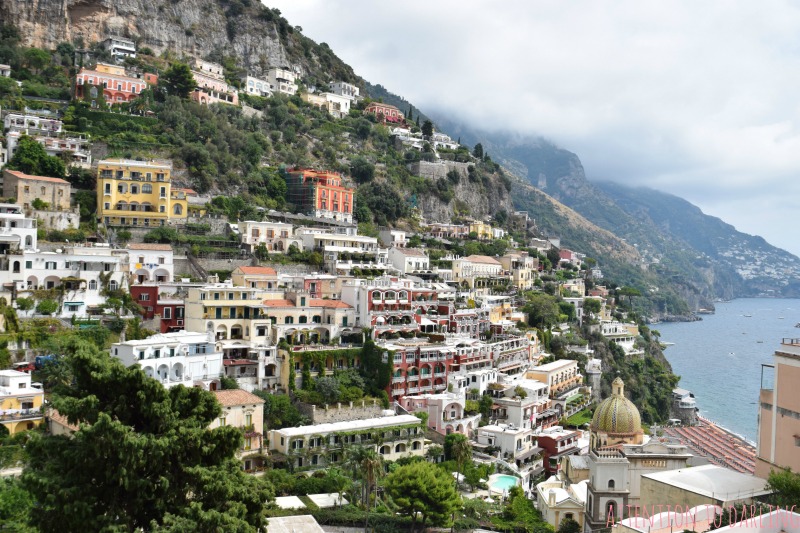 A few months later when it actually came down booking everything, I realized that while there’s no direct route, there are quite a few indirect routes from Rome to Positano. There’s the train, there’s the ferry (from places like Sorrento), there’s the bus, there’s renting a car, there’s hiring a driver… 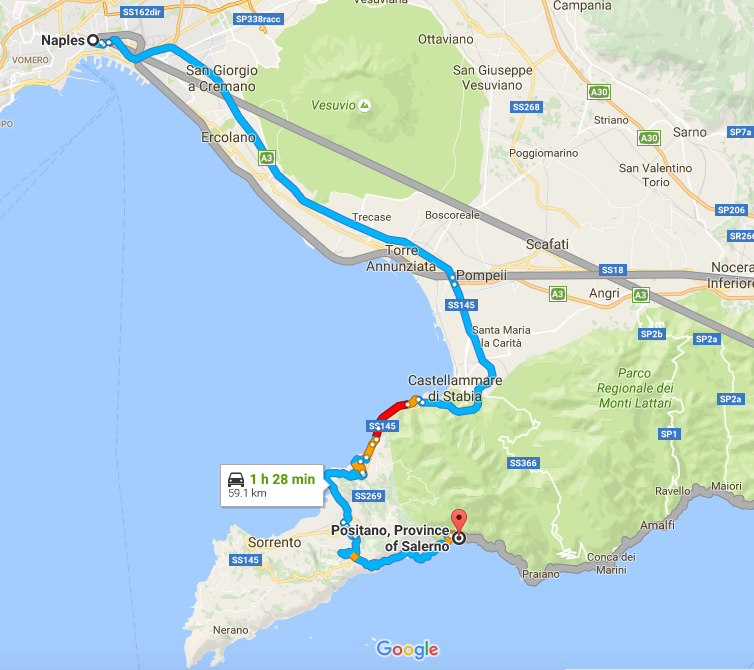 This website was extremely helpful when figuring out options.
We ultimately decided to train from the Rome airport (FCO) to Naples and take a travel break there for one night. Then in the morning we woke up and had a car meet us which took us to Positano. This is usually about a one and a half hour drive, but we chose to take a detour by Pompeii which added a few hours to the trip. It was so worth it though you guys, Pompeii is a MUST SEE if you are anywhere near (more on that in a later post)! 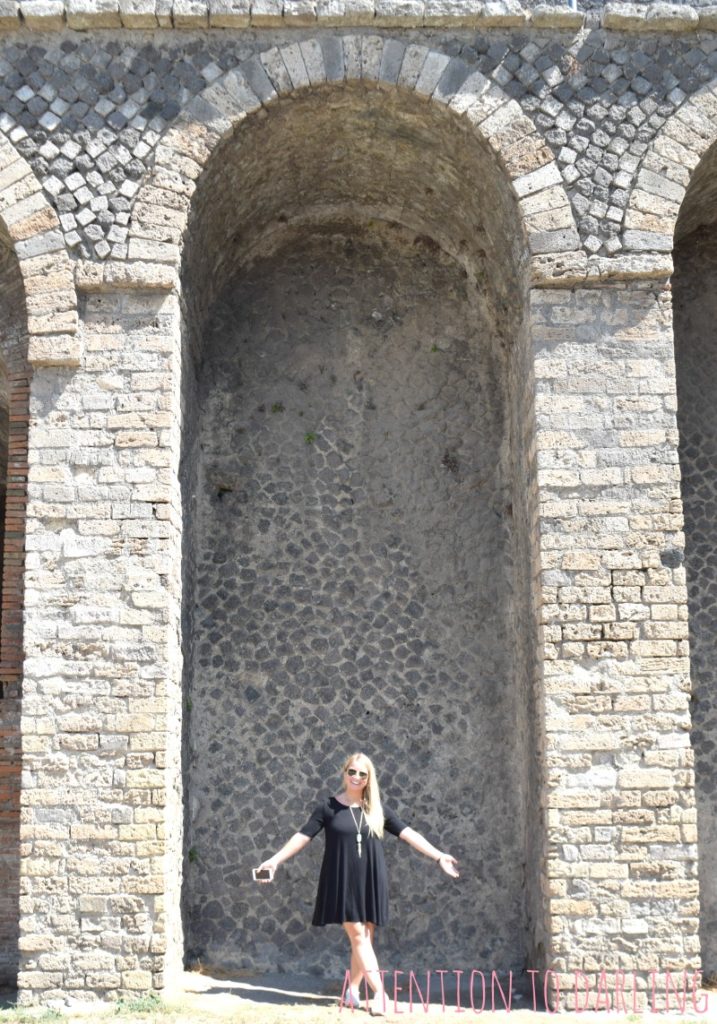 Similar Dress (buying this one next); Gold and White New Balance (back in stock!); Kendra Scott Necklace; Ray-Bans

Although, I will say we didn’t love Naples. We did find a good spot to eat which I mentioned in this post and it was nice to walk around, but overall it wasn’t our cup of tea. That said, we really needed the travel break after so much time in the air. 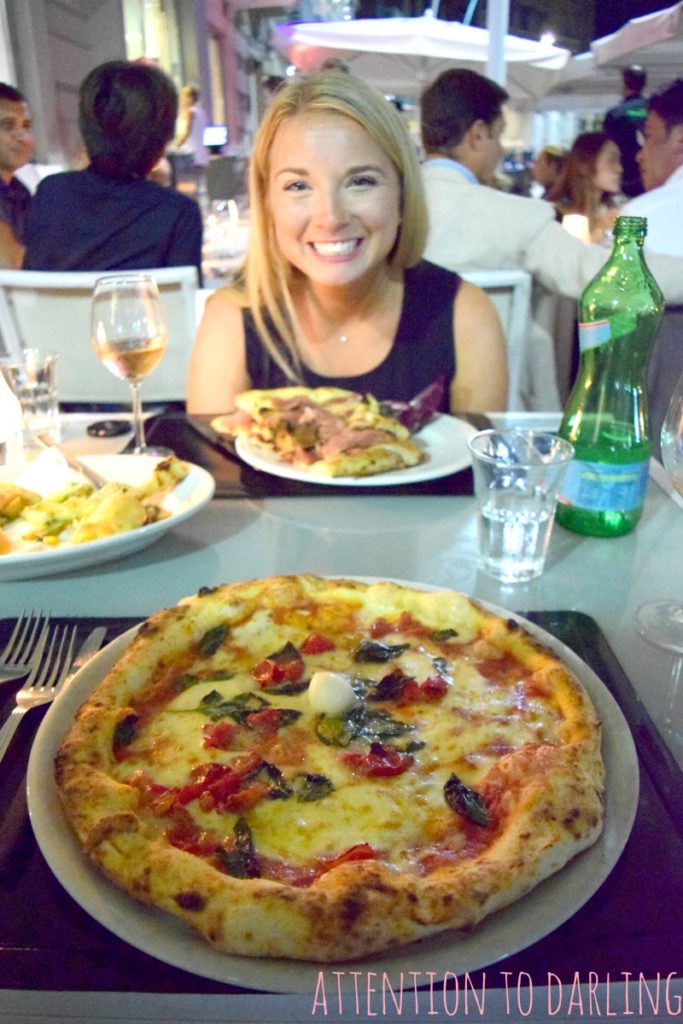 Dress Old JCrew (love this similar one under $40!); Tiffany Necklace

A few things to note here, there is no need to buy your train ticket ahead of time. We flew into FCO and there are big yellow floor arrows and overhead signs that point you to the train. From there we just bought our ticket at the kiosk for the Leonardo Express train and off we went to Naples where we boarded that train.

Upgrade your train ticket to the silent business class on the Leonardo Express and there’s a good chance you could get the car all to yourself! 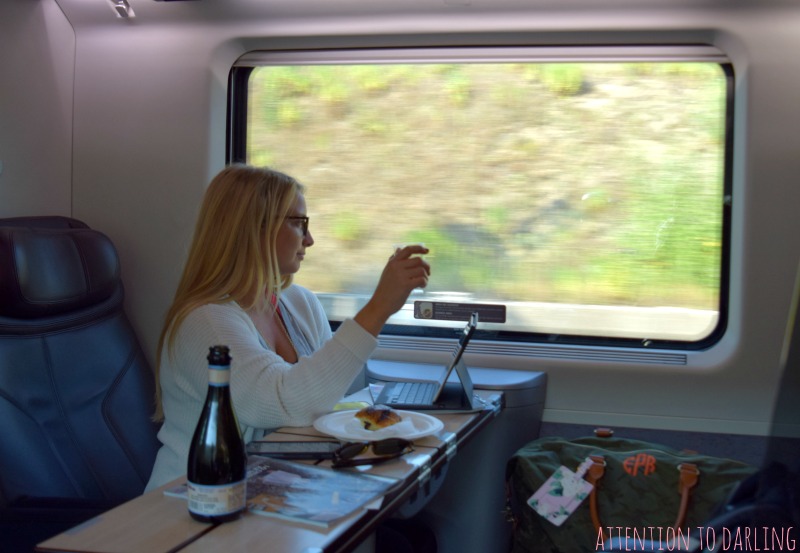 Booking the car service from Naples to Positano was THE BEST idea we ever had and I cannot recommend the multi-generation family owned service of Rainbow Limos enough! It was a super comfy ride (their fleet has VWs and Mercedes) which is saying a lot considering the windy hills. Our driver Julia even stopped above Sorrento for our first look at the Amalfi Coast. She took photos and let us try local treats like granita, it was like getting our own private tour! Especially a good idea if you’re car sick at all. Plus, you don’t have the uncertainty of having a ferry canceled for weather. 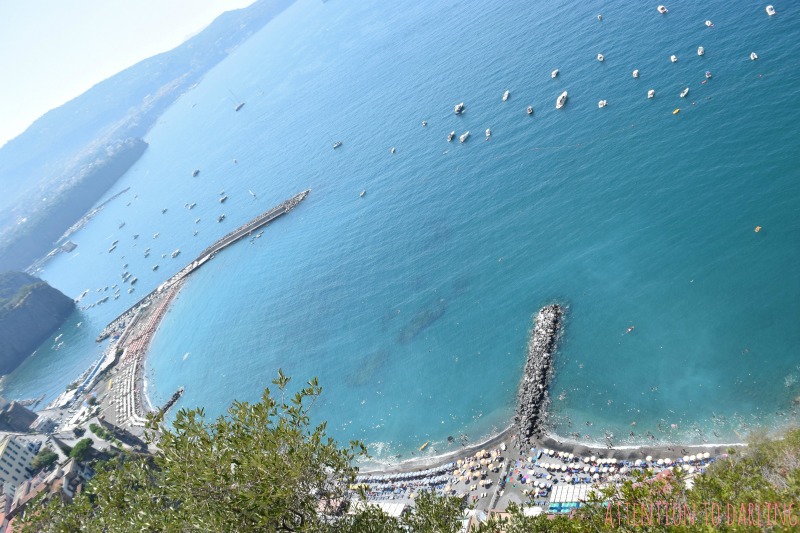 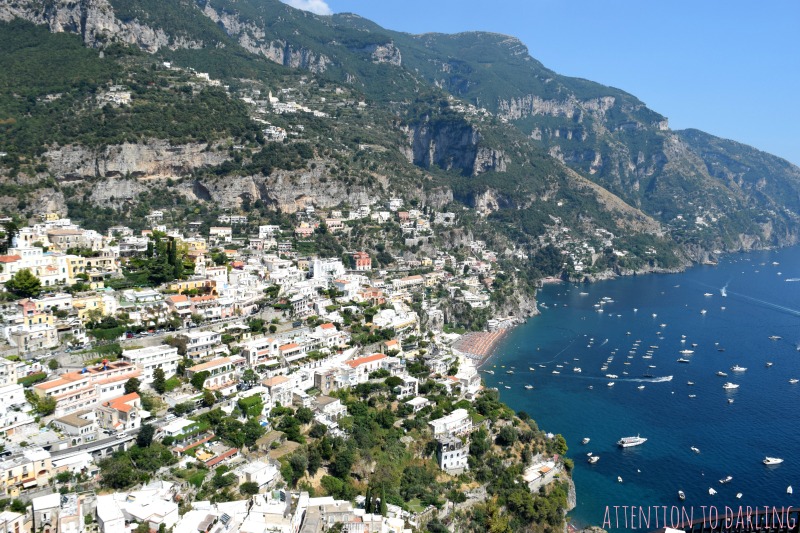 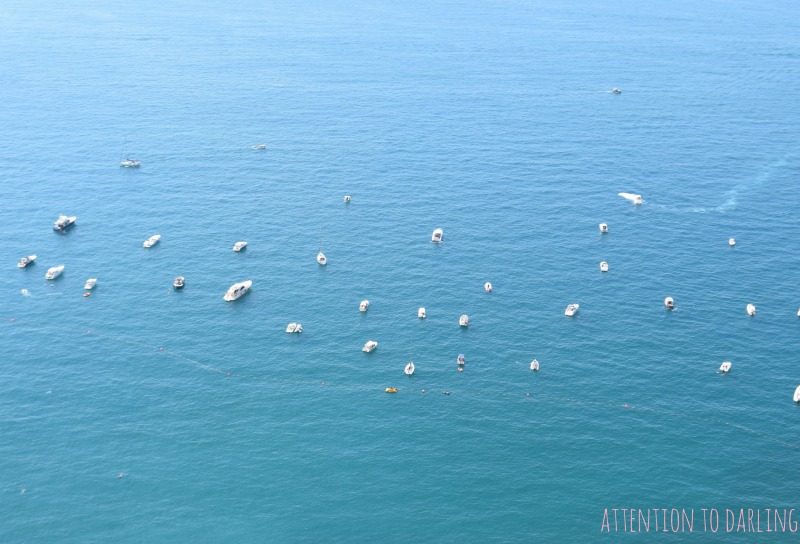 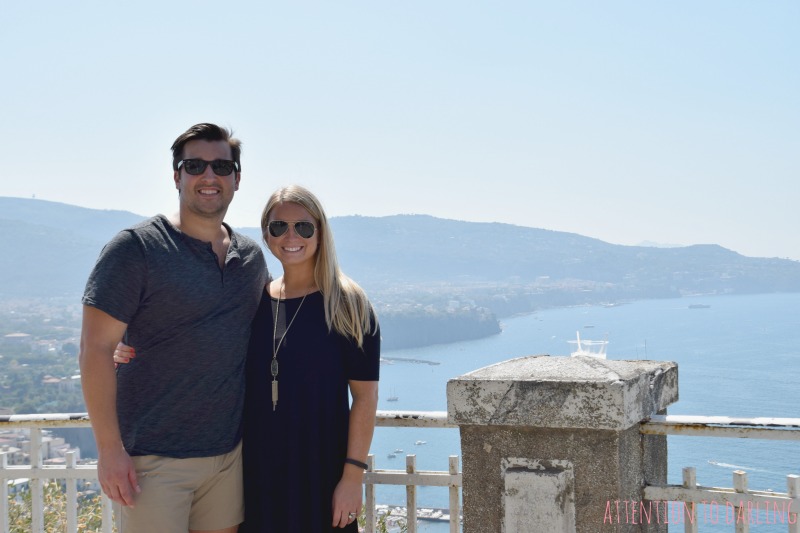 Ry’s Shirt (similar); Ry’s Shorts; Ry’s Ray-Bans; My Outfit Details Above
I wasn’t kidding when I said multi-generations, this is Julia’s great-great-grandfather’s transportation carriage in Positano! 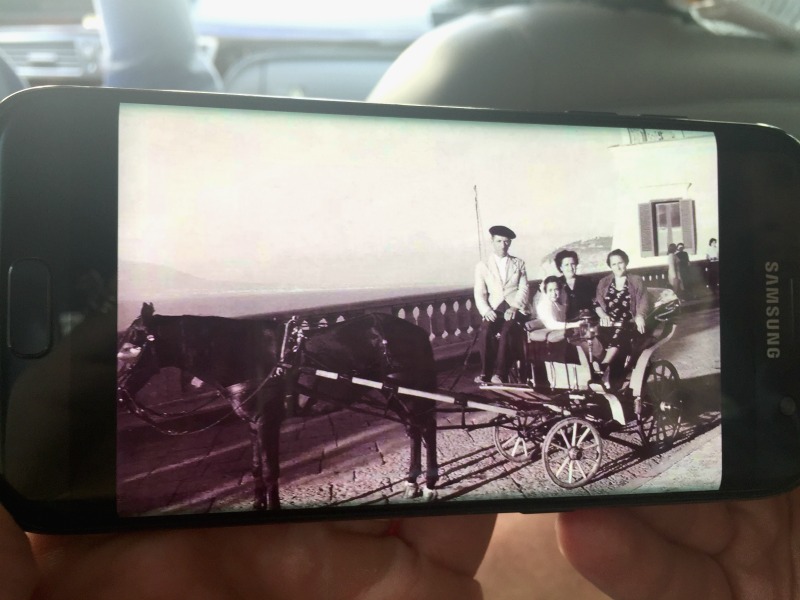 If you do get a car to drive you, grab some meat, cheese, plus some wine for the ride!I’m 100% happy with how we chose to get to Positano on the Amalfi Coast! What questions do you have? Has anyone else ever been, how did you get there? 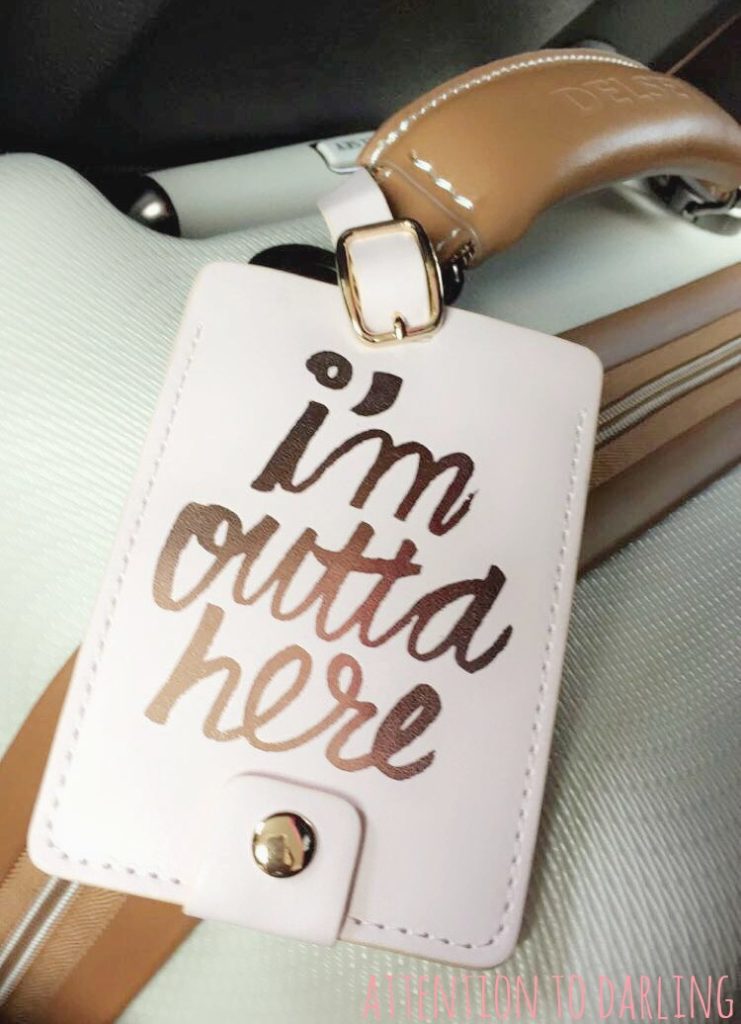