Last weekend we had the honor of hosting (along with two other ahhhhhmazing gals) a His and Hers couples wedding shower for two awesome friends! 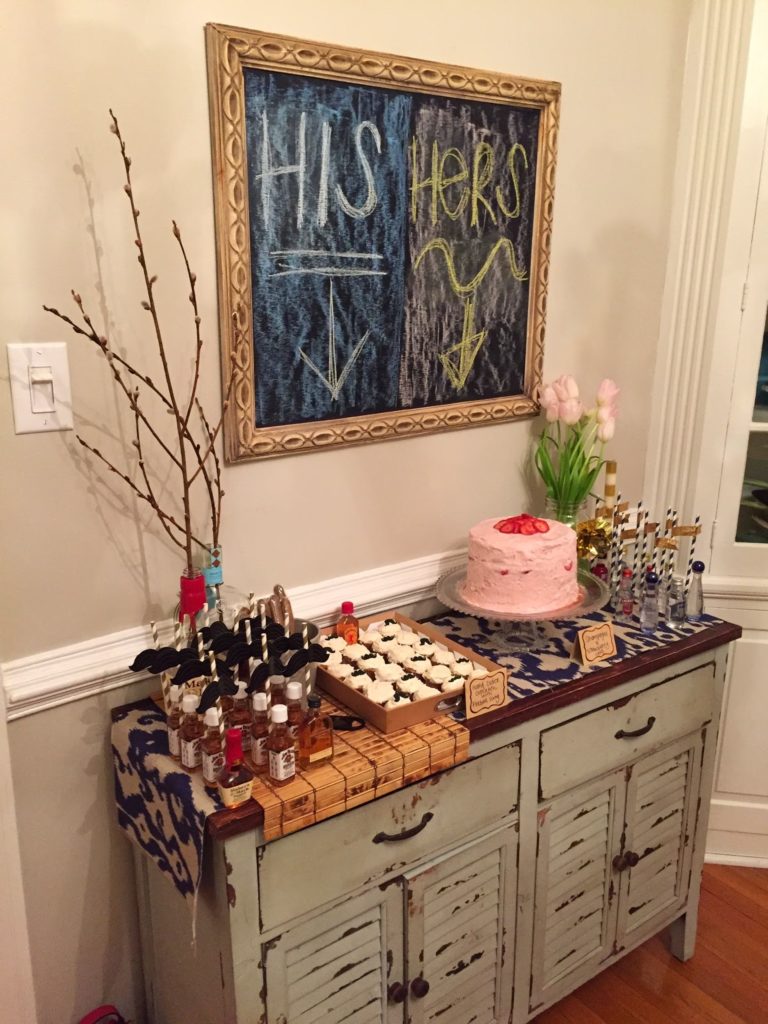 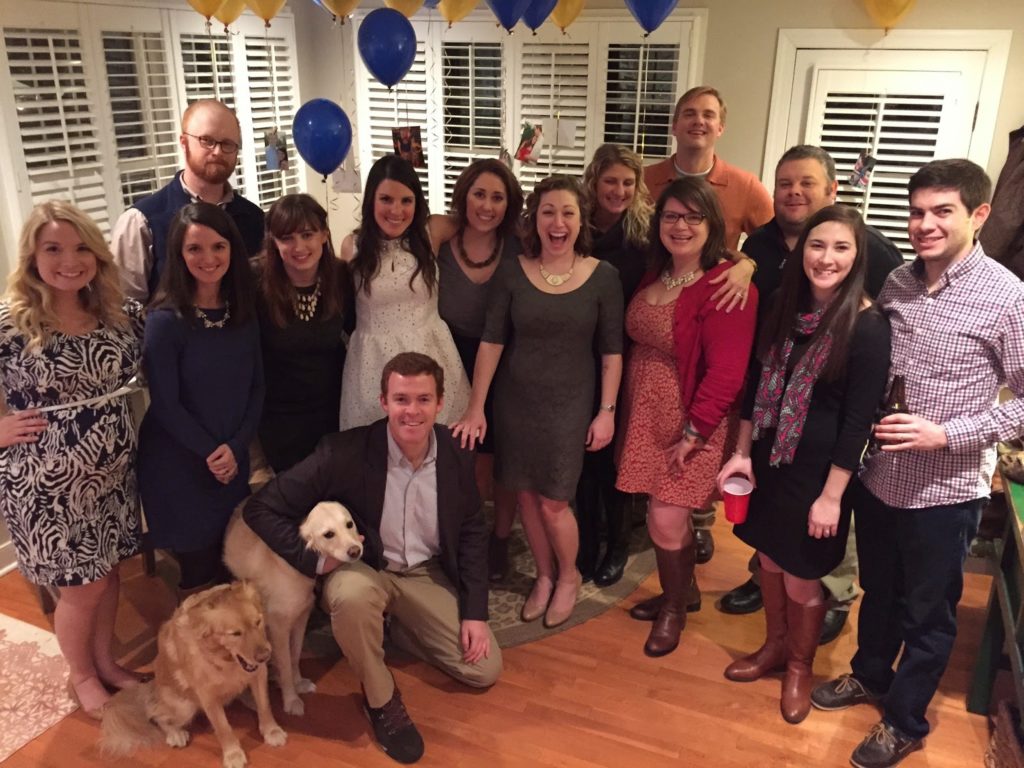 Sarah and James are such a fun couple and we knew that we wanted to make their shower not such a typical wedding shower. So we did it late night, had some great food, only one game and plenty of adult beverages :).
As hosts, we divided and conquered! I took care of the house, decor and sweets, while the other two took care of food/beverages. Here’s the yumminess they whipped up: 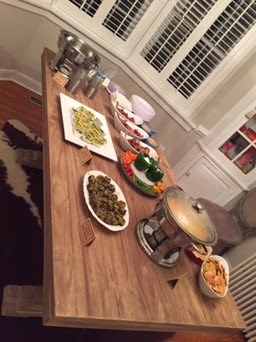 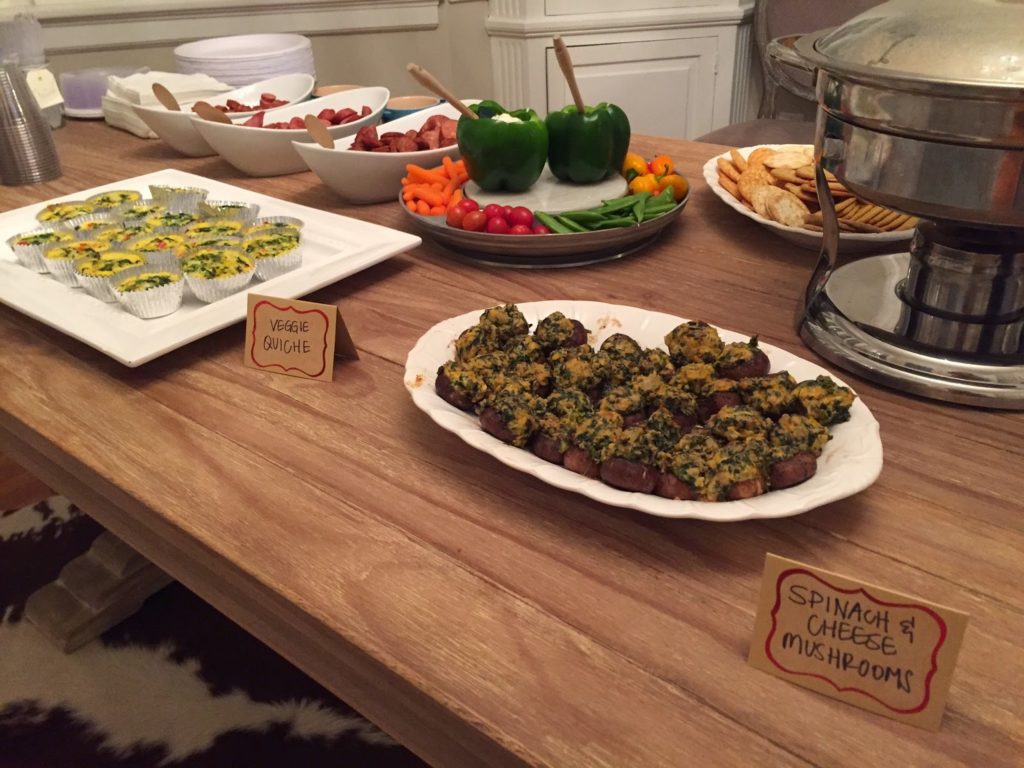 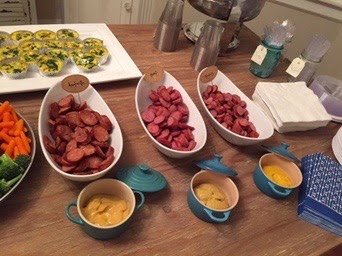 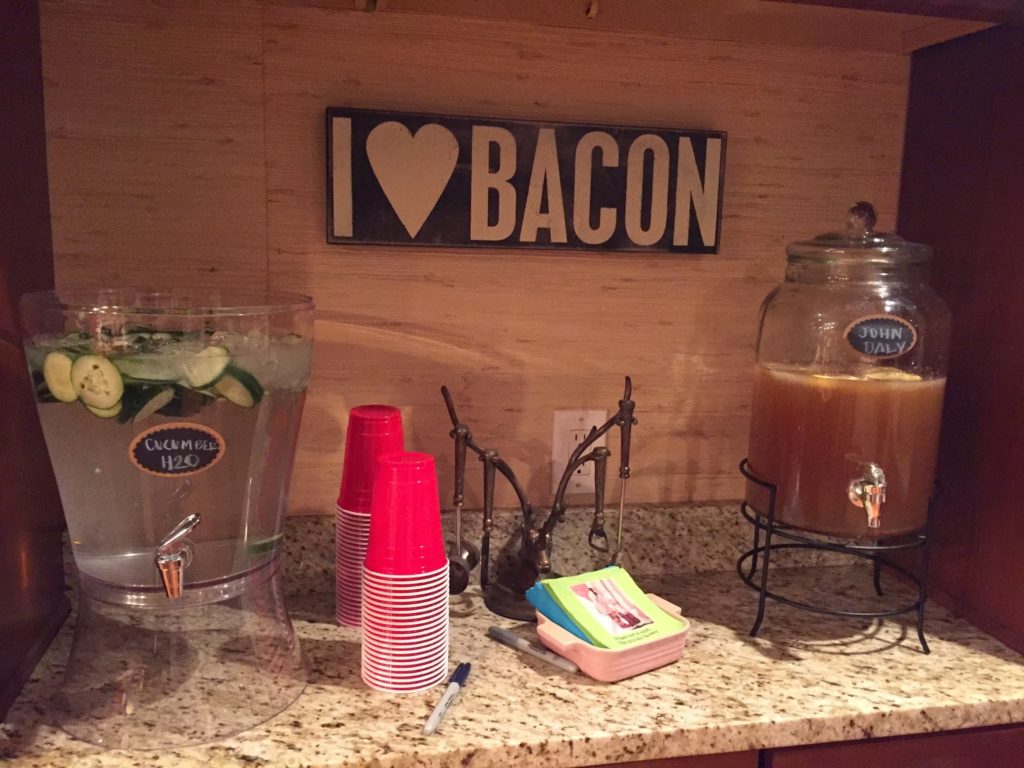 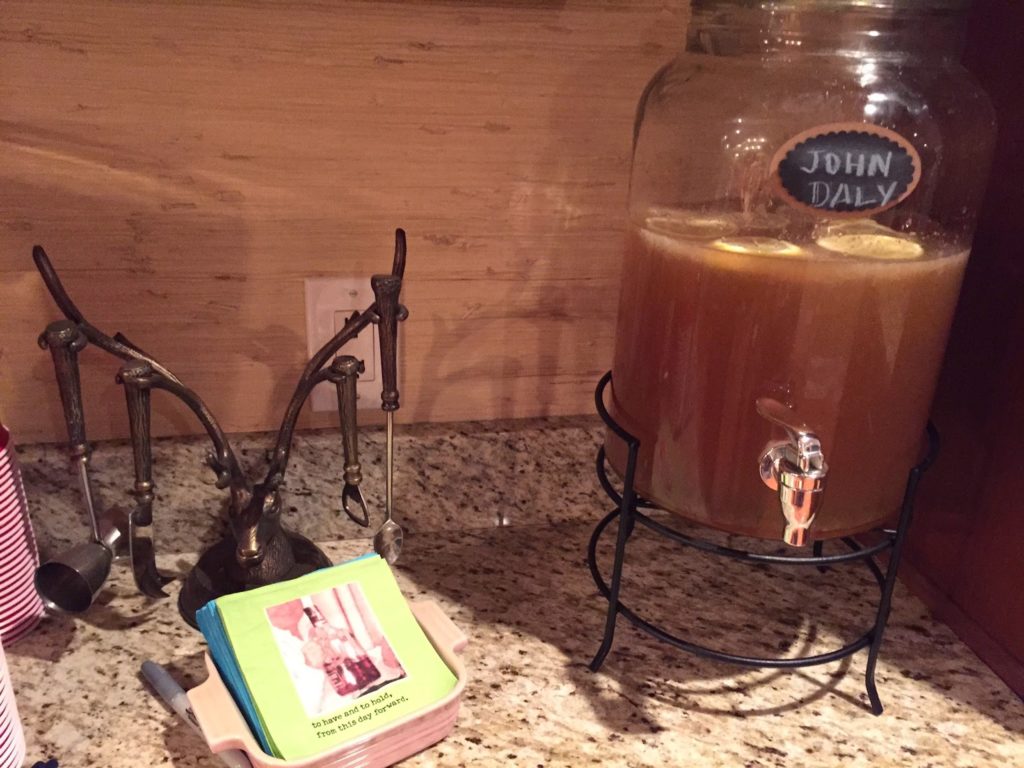 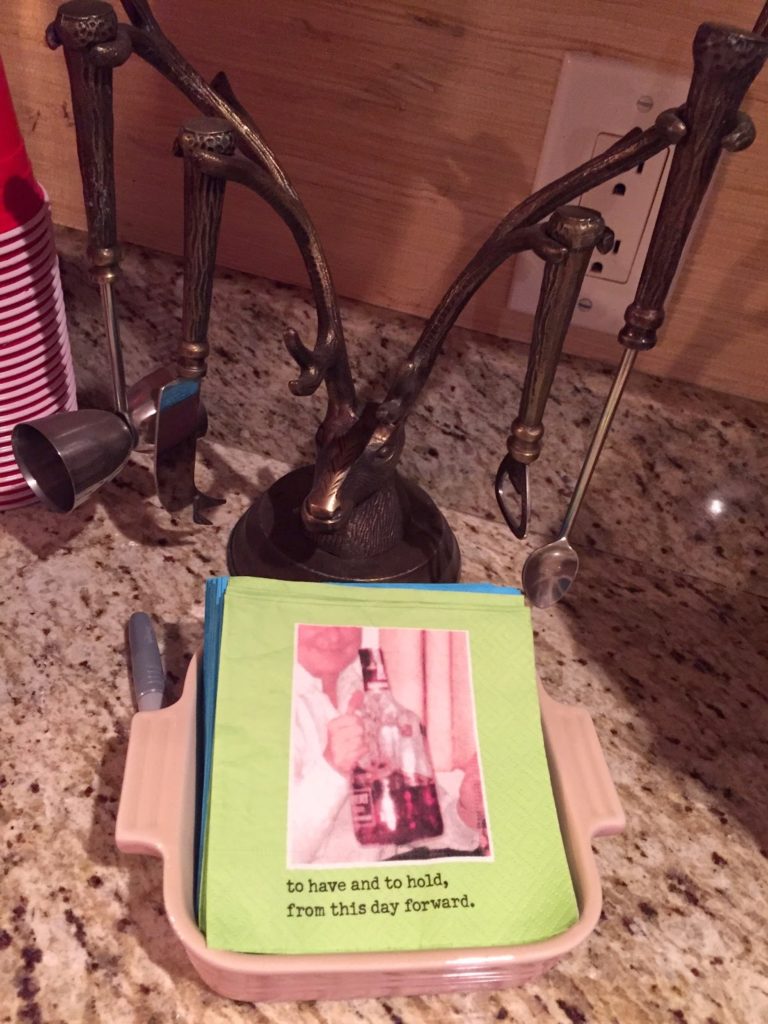 On the food menu was homemade Shrimp ‘N Grits, Vidalia Onion Dip, Smoked Sausage, Stuffed Mushrooms, Veggie Quiche, Hummus and a Veggie Plate (don’t you love the dip inside the peppers!). As for drinks we had John Dalys (a spiked version of Arnold Palmers) and of course beer and wine. For preggo ladies like me, there was fresh Cucumber H20.
As far as decor goes, I tried to stick with their colors, navy and yellow/gold, plus tried to tone my feminine side down and make sure there was some masculinity up in here for the “His” part :).
You can buy the below banner from Banner Cheer on Etsy, here. I have to say they had one of the most thorough processes to ensure my order was correct and great customer service too. I highly recommend them for any of your banner needs! 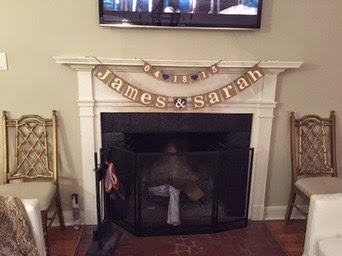 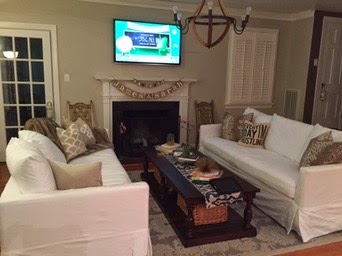 I knew from the start I wanted to do a “His and Hers” table and also wanted to do a special dessert, so I combined the two and did an Ombre Strawberry Champagne cake for “Her” and Hard Cider Fireball Cupcakes for “Him” (recipes coming your way in a separate post!). To accent, I did little bourbon mini bottles with mustaches on one side and vodka mini bottles with glitter flags on the other. 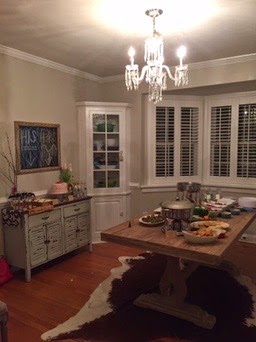 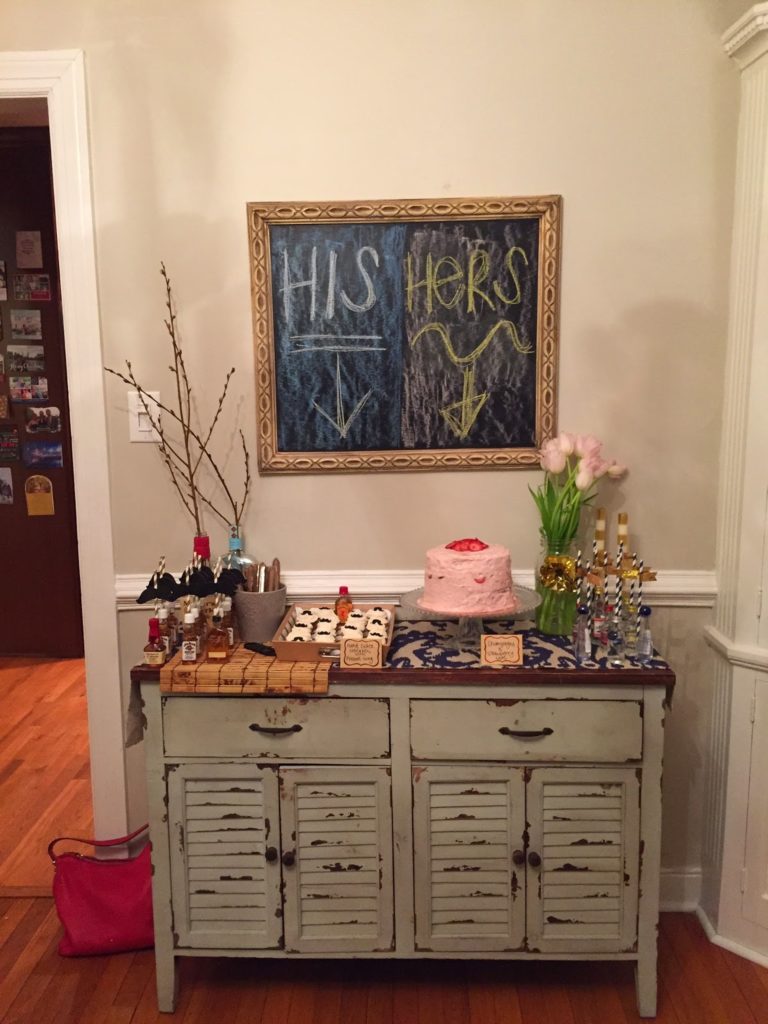 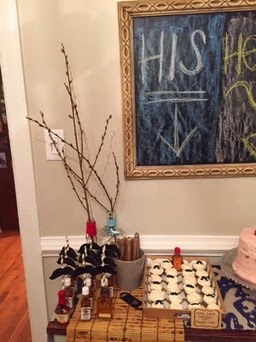 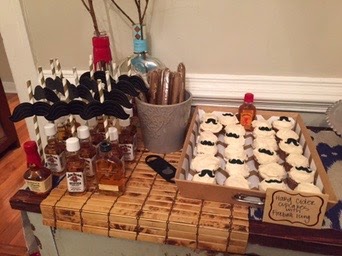 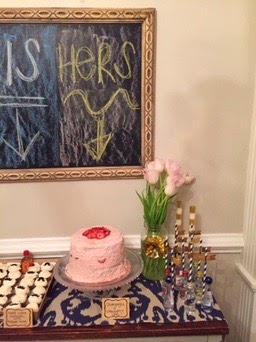 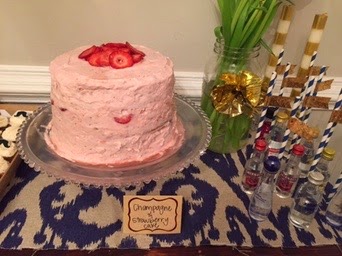 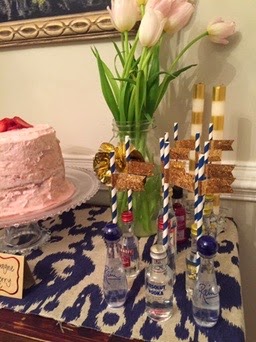 For the gift table, I zazzed it up a little with helium balloons that had fun and sweet pics of our awesome couple. Everyone really enjoyed this fun accent! 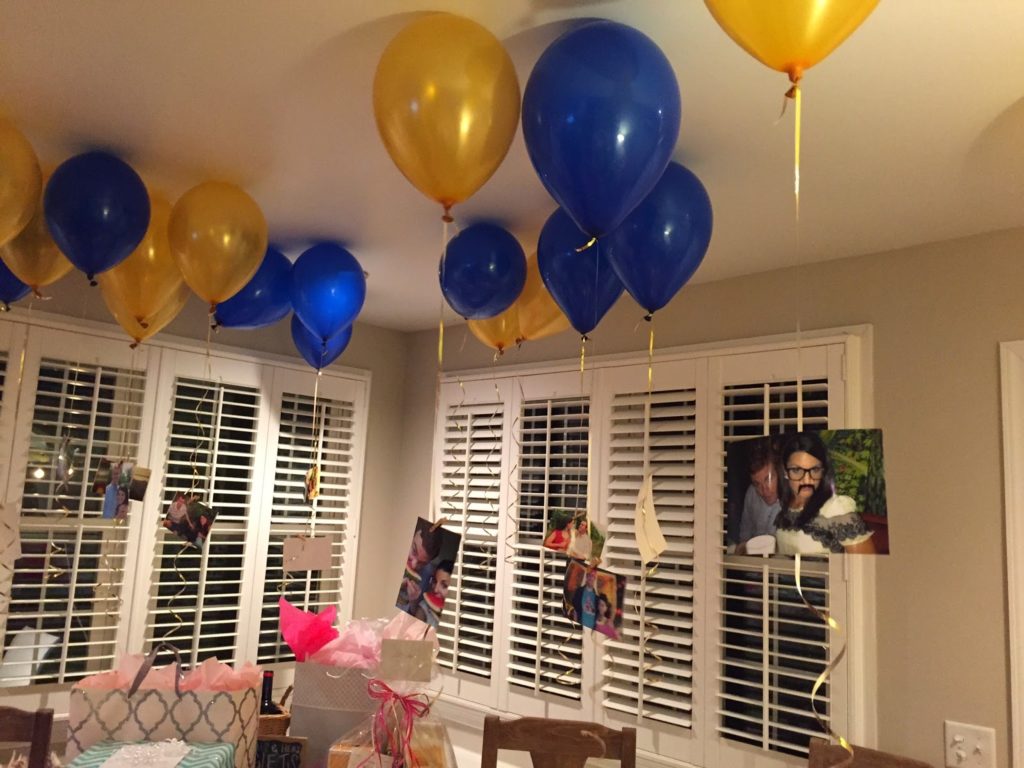 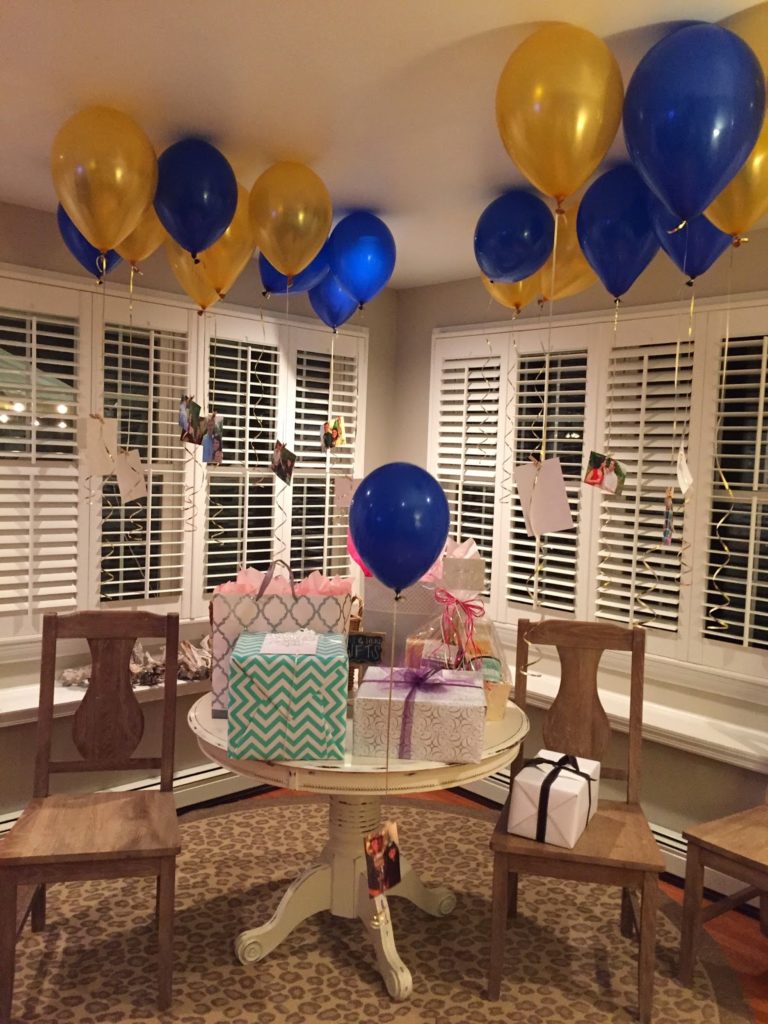 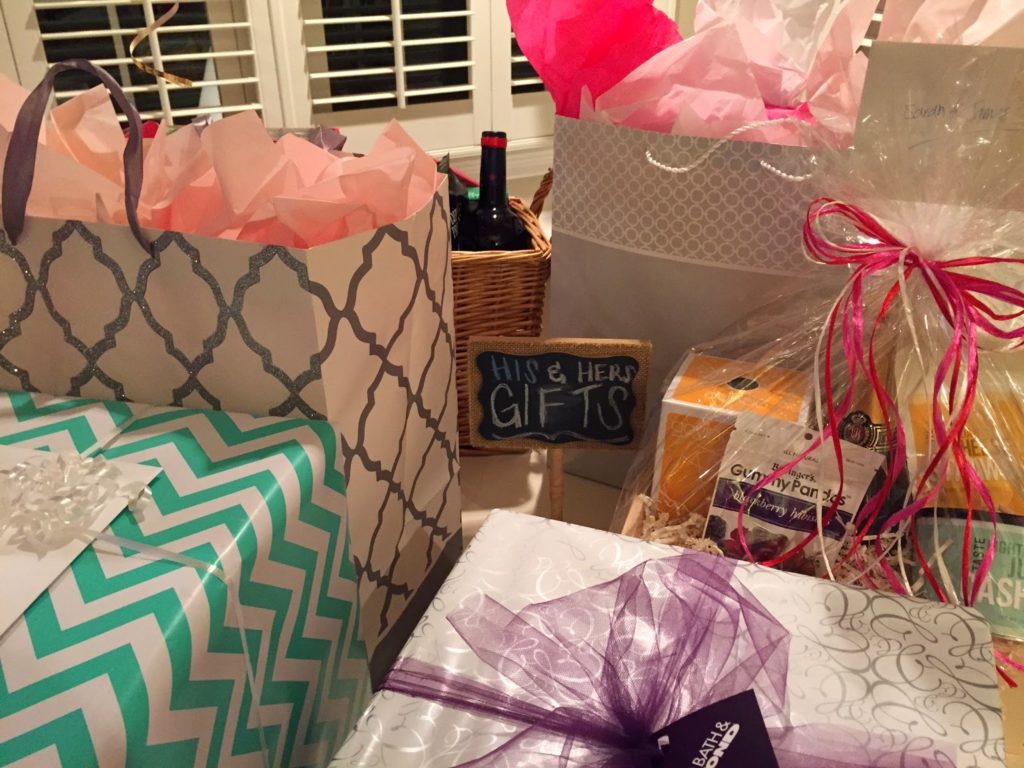 As far as games, we did just one really (besides His vs. Her beer flip cup outside). We had people write a question for Him, Her or Both throughout the shower and then at the end we played the Newlywed game with those questions where they both had to answer and if they got it wrong, it was jello shot time, hehe. We also did a date night jar which got some funny ideas added to it throughout the shower! 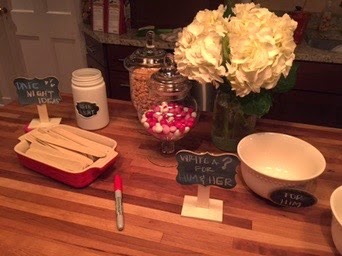 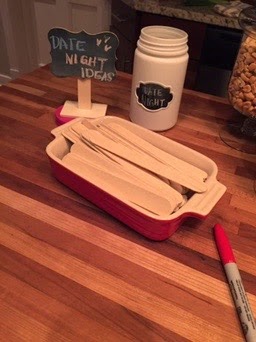 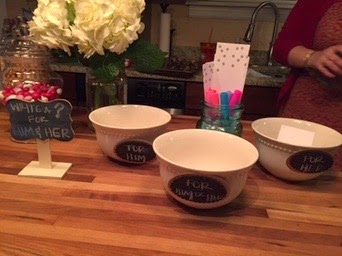 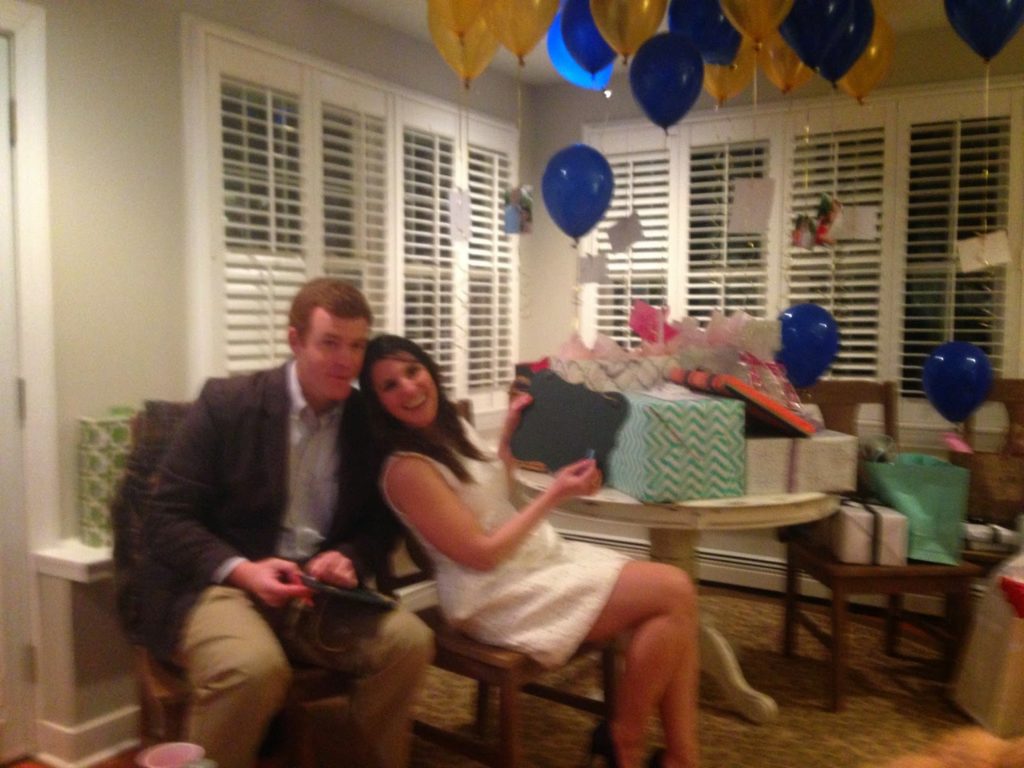 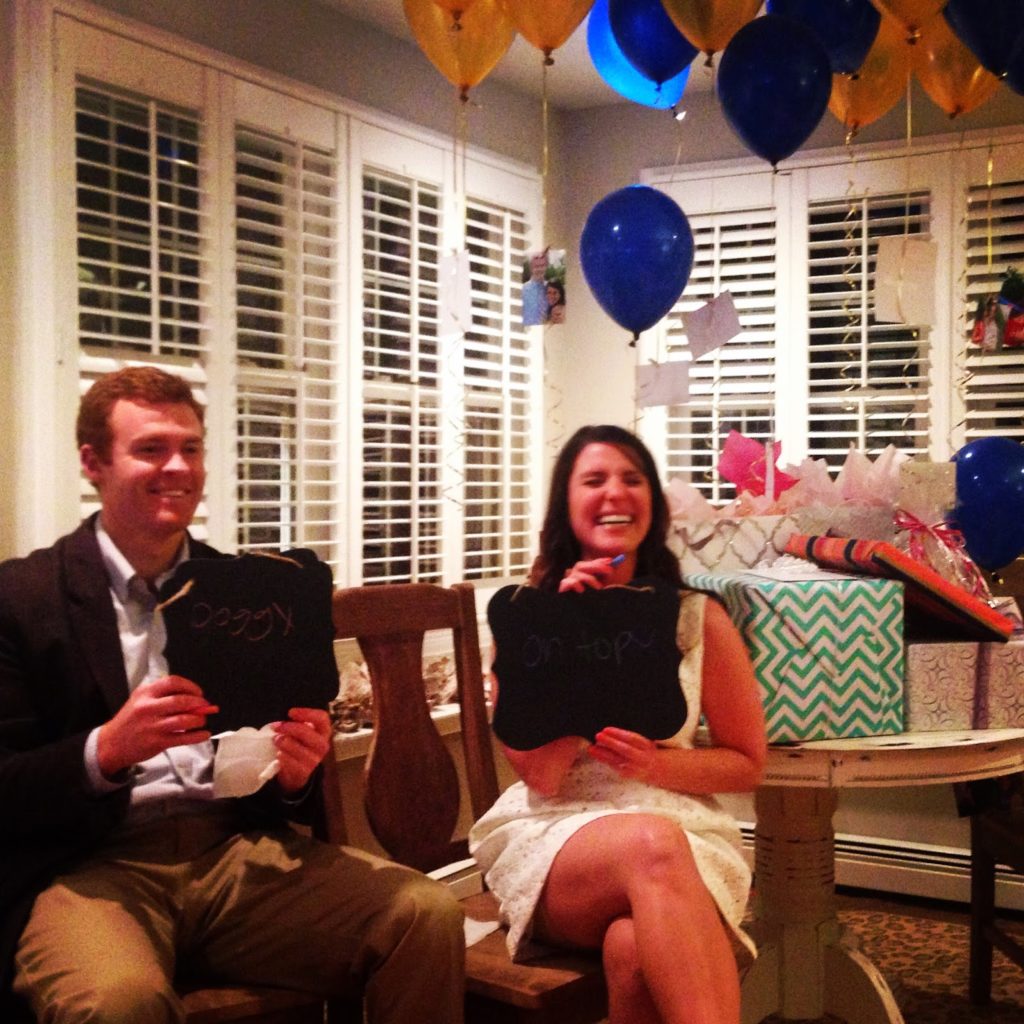 I was so excited to be able to do this for these two babes since their wedding is the weekend of our due date and we won’t be able to go to the wedding. Hope you enjoyed this peek into such a fun night! What was your fav detail!?